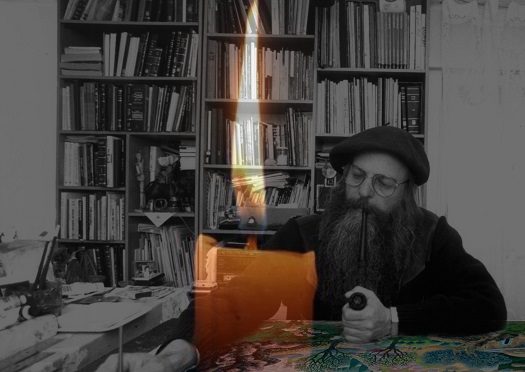 With great sadness we report the passing of Boruch Nachshon OBM, the famed artist whose art is features in 770 Eastern Parkway. He passed away on the 7th of Tishrei, 5782.

Nachshon was born in Haifa, Israel to parents who escaped the Holocaust. Between 1950 and 1958, he studied art with Shlomo Nernai, the only student of Cézanne.

He attended the School of Visual Arts in New York for two years after receiving a scholarship from the Lubavitcher Rebbe. Nachshon’s art is the only art to be exhibited at 770, Chabad Lubavitch Headquarters.\

In 1980, the Rabbe attended the celebratory opening of Nachshon’s exhibit at 770 himself.

His paintings have been exhibited around the world, in the U.S., Canada, Brazil and Argentina, Australia, England and Hong Kong. In 2015 Koren Publishing released a book of psalms illustrated by Nachshon and annotated by Rabbi Adin Steinsaltz (Even-Israel).

He is one of the founders of the Jewish residence in Hebron.[10] He was one of the first settlers in the city following the Six Day War in 1967.