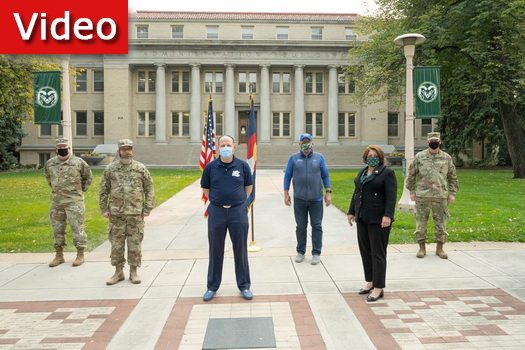 Standing at attention and dressed in tan military fatigues, Rabbi Yerachmiel Gorelik was sworn in as a Captain in the Colorado National Guard by Gov. Jared Polis Friday, Oct. 2, at Colorado State University. Gorelik will serve as a Chaplain for the guard, offering spiritual guidance to service members.

Nagel said Gorelik will be the only rabbi in anyone’s memory to serve as a chaplain in the Colorado National Guard. Gorelik had contacted Nagel and after speaking to him, Nagel said: “We just had to have him.”