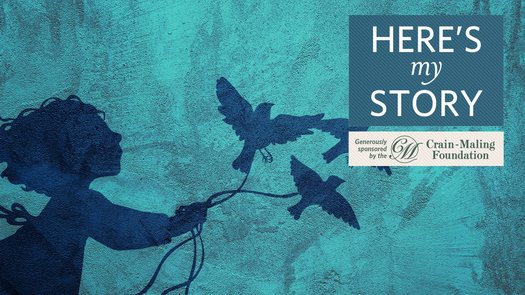 Here’s My Story: The Day I Got Over It

In our work to record the testimony of individuals’ experiences with the Rebbe, we often encounter those who tell us that their encounter was so personal and so private that it cannot be shared.

While we always try to persuade them that it is exactly such personal stories that are incredibly relevant, too many decide to keep their stories to themselves.

We are especially thankful to Mrs. A. for sharing her story with us. Though it was difficult for her to relive this part of her life, she graciously agreed to do so on the condition that her identity not be revealed.

We hope that others who have withheld their stories thus far will be encouraged to emulate her example.

One beautiful sunny day not too long ago, I was taking a ride with a friend of mine – a single woman in her thirties – when, for a reason that I cannot explain, I decided to share with her a very personal story from my life involving the Rebbe, a story which I have not told to others. When I finished talking, she pulled the car over, put her head in her hands and started to sob.

When she calmed down a bit, she asked me, “Why did you decide to tell me this particular story now?”

“You have no idea what you just did for me,” she continued. “My situation is very similar to what yours had been. I, too, have been carrying angry feelings for a long time, and I think this is what has prevented me from getting married until now. Hearing what the Rebbe told you has helped me immeasurably.”

Indeed, just a few months after our conversation, she became engaged. And that happy outcome has convinced me that it would be worthwhile to share my story with others and perhaps lift their burdens also.

This is my story:

When I was a little girl – only about four years of age – my parents divorced. They had married in Europe after the war not knowing each other very well, and only later, after they started a family, did they realize that they had quite different views on life.

A great source of friction between them was deciding where to live. It had been my father’s dream to live in Israel, while my mother wanted to join her large family in America. So they split up, and I grew up with my mother in America, hearing very negative things about my father and harboring angry feelings against him. In those days, divorce was highly unusual and I didn’t know any kids (other than my brother) who had divorced parents, so it hurt terribly to be the only one in my neighborhood who came from a broken home.

I was always making up stories and trying to invent excuses to explain my father’s absence. When my friends would ask where he was, I’d reply, “Oh, he’ll be coming back for Pesach.” When it was Pesach time, and they’d ask whether he came home yet, I would say that he’d be coming for Sukkot.

And it wasn’t just the kids who were asking questions. Whenever I made a new friend and was invited over, inevitably her parents would want to know about my parents. Typically, the father would ask, “And which synagogue does your dad attend?” I’d quickly figure out a synagogue far away from my friend’s home. If they lived near Kingston Avenue, I’d say he prayed at a synagogue on Troy. If they were near Albany Avenue, I’d name some other place.

All this was very difficult for me to handle, and my resentment towards him grew and grew.

Finally, when I was about ten or eleven, the questions stopped, because by then everyone knew the truth, but my angry feelings never left me.

In 1963, at age eighteen, I became engaged. As I was planning my wedding, I told my mother that I didn’t want to include my father’s name on the invitations. But when I discussed the matter with my relatives – who also had bitter feelings towards my father – they felt that this was nevertheless a mistake. I was firm in my opinion, but I decided to ask the Rebbe about it when my fiancé and I went to get a blessing from him.

The Rebbe gave us a beautiful blessing. And then I poured out my heart to him, explaining why I felt so angry towards my father and what I wanted to do. “Why should my father have the honor of having his name on my invitation when he had left us alone and has done nothing to raise me?” I demanded.

The Rebbe looked at me kindly and said simply: “A child is not allowed to a judge a parent.”

That short sentence changed my life. I walked out of the Rebbe’s study feeling fifty pounds lighter, because that big boulder of hatred was lifted from my shoulders. And I think the reason his words had such an effect on me was because I knew that he understood my situation completely, so I trusted him.

All the years of anger and of hostility towards my father flew out the window. I suddenly realized that my parents’ split was something that happened between them and had nothing to do with me. And I included my father’s name on the invitations. Once the Rebbe had spoken, there was no question that this is what I should do.

In such a simple and yet direct way, the Rebbe reminded me that I was obligated to honor my father as the Torah commands. By reminding me of this, the Rebbe showed me how I could begin my married life without the burden of hatred which I was carrying around with me, and which was hurting me more than anyone else. At last, I was free.