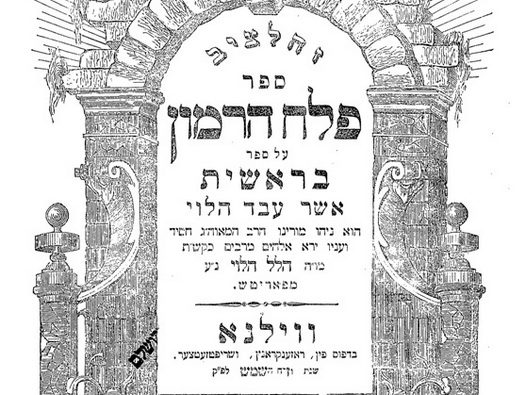 As this Monday, the eleventh of Menachem Av is the yahrzeit of Reb Hillel Halevi Paritcher, I decided to post a story about him, that I plan to include in the expanded edition of my book on him.

During one of his journeys, Reb Hillel stopped off in a community that belonged to an influential poritz. The poritz’s manager happened to be a Jew, and when he heard that the tzaddik, Reb Hillel was in town, he went to speak to him.

When he entered the room, Reb Hillel glanced at who had just entered, and noticed that the person’s beard was trimmed. [In those days, that was a tell-tell sign, as to the level of his observance of Judaism.] The manager came over and began talking, but to his chagrin, he noticed that Reb Hillel was not looking at him, and answered in brevity.

Recognizing that the tzaddik was not interested in what he wished to talk about, the manager cut his visit short and didn’t get to the main point he came to discuss and ask about. He felt he was humiliated and shamed and left with tremendous rage.

A few minutes later, Reb Hillel instructed his student, Reb Sholom Hacohen Huminer, to go to the manager’s house and to leave only when he gives him the specified amount for tzedokah.

Rebbe, didn’t you notice how angry he was when he stormed out of here, inquired his student in astonishment.

However, Reb Hillel insisted that he go, without answering the question.

Entering the managers’ house, he saw the manager pacing back and forth and talking to himself, oblivious to everything around him. “He knows I could crush him with my hands, yet he wasn’t afraid or even intimidated of me, he conducted himself as he chose. He is not a regular individual; he has an inner strength, he is truly a G-dly person.” He repeated this numerous times.

Suddenly he noticed a stranger standing in his house and asked him, “What do you want?” When Reb Sholom gave over the message, the manager immediately went and gave the amount specified.

Update from the author: Someone asked me on Shabbos what was the point of this story? I replied that when Reb Hillel was not intimidated by this managers personality, instead of becoming crushed he “crushed” the manager.