« Weekly Letter: On The Topic of Hiskashrus
Weekly Unique Photo of the Rebbe » 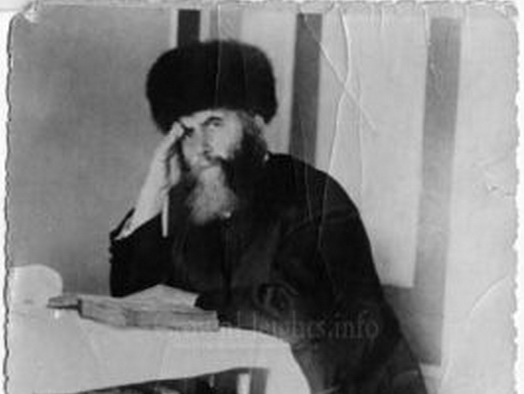 Since this Shabbos is Gimmel Tammuz, I am posting these two anecdotes which I have recently heard and I will farbreng with, this Shabbos in Florida; with the hope that you, too, will find them inspiring. I appreciate your feedback.

Rabbi Nissan Telushkin was an elderly and respected Rov, and in 5707 (1947), he was invited to partake in a gathering of Rabbonim in Eretz Yisroel. Traveling from America to Eretz Yisroel in those years was an arduous journey (by boat it would take a few weeks). However, he felt that the matters that would be addressed there, were important enough for him to put aside his own comfort and travel.

When he arrived in Eretz Yisroel, the Rabbonim greeted him warmly and thanked him for undertaking the arduous trip. Indeed, the sessions dealt with important matters of halachah which were especially pertinent at that time.

During one of the intermissions, Rabbi Unterman (who later became one of the Chief Rabbis in Eretz Yisroel) and a few other Rabbonim [I believe he mentioned that Rav Herzog, was also there, among others] asked him the following question:

“You are a chossid of the Lubavitcher Rebbe, Rabbi Yosef Yitzchok Schneersohn shlit”a, so you have certainly heard his statement, ‘L’alter l’teshuvah, l’alter l’geulah – immediate repentance will bring about the immediate redemption.’ He said that over five years ago, and during the past five years, the Jewish people did teshuvah; they have certainly repented. So where is the geulah??!!”

“Before I left New York to participate in this gathering,” replied Rabbi Telushkin, “I also had that same question. I decided to go to the Rebbe himself and ask him the question. I mentioned to one of his gabba’im that I would like to speak to the Rebbe, and he informed me when I would be allowed to enter his room for a yechidus.

“That was the only question I was planning to ask. However, as soon as I entered the Rebbe’s room and looked at him, the question slipped out of my mind; it simply disappeared. I stood there with nothing to ask. The Rebbe looked at me and asked, ‘Why did you come to me? What would you like to ask?’ Not knowing what to reply, I simply said, ‘I came to see how the Rebbe is feeling.’

“As soon as I left the room, I remembered my question and I felt very embarrassed that I had forgotten it. But the question truly bothered me, so I asked the gabbai to allow me to reenter the Rebbe’s room. The gabbai refused, but I was persistent. I went to Reb Eliyahu Simpson, who is also one of the gabba’im, and told him about my dilemma. He said, ‘Nissan, I will allow you to reenter.’

“So I went into the Rebbe’s room for a second time. But once again, as soon as I entered, the question slipped out of my mind and I stood there speechless. I went in for yet a third time, and yes, the same thing happened once again.

“So Rabbosai,” concluded Rabbi Tekushkin, “what the answer to your question is — that I don’t know. But this I can say with certainty: in the Rebbe’s room, the question doesn’t exist at all, not even one percent!”

I heard the above from Rabbi Nissen Mangel sheyichye, who related that Rabbi Telushkin repeated this anecdote at one of his Sheva Brochos. Rabbi Mangel concluded: “The same thing applies nowadays. We are now nearing twenty-five years since Gimmel Tammuz. If you or someone else has a question, that is because the situation is being viewed from our perspective. However, ‘in the Rebbe’s room,’ i.e., if we look at the world from the Rebbe’s perspective, the question(s) no longer exist!”

I recently heard the following anecdote from Reb Menachem L., a Skverer chossid. He related this to me around Lag B’omer, saying that it occurred with him around thirty years ago. This is his story:

I am a chossid of the Skverer Rebbe shlit”a. With us, being a chossid of one Rebbe doesn’t negate visiting other Rebbeim and tzaddikim. So one time, I went with an extremely respected Rov from our kehillah to visit the ohel of the Frierdiker Lubavitcher Rebbe. I consider this Rov as my mashpia (mentor).

I was driving, and we were talking about chassidishe stories and insights. I then mentioned to him: “I go to the Frierdiker Lubavitcher Rebbe without any question. He was a special tzaddik. But I have difficulty going to the present Lubavitcher Rebbe, on Sundays or to his farbrenges. I have questions about some of his shitos (his philosophy and opinions).”

Without asking me what my questions were, he replied: “I believe I can answer all of your questions adequately. But I, too, have some questions on his shitos, to which I don’t have answers for, and I believe you don’t have either. Yet, I readily go to him.

“So tell me, what is the difference between us? We both have questions that we can’t answer. So why do your questions prevent you from going to him, while my questions don’t prevent me?

He continued; “Tell me, who is greater, you or him?”

I looked at him in wonder. “Why do you ask such a question? Obviously, he is much greater than me!”

“So you admit that he is greater than you,” he replied. “You admit that he is truly a tzaddik, and you have some work to do until you attain that level. You know that thousands of individuals were helped or even saved by his brochos. So why can’t you go to him?”

Without waiting for me to reply, he said: “I will tell you what is the difference between us. You are one big ANOCHI [you belong to the ‘me’ generation]; you think you know it all. So even though you readily admit that he is a tzaddik, and at this point you are not a tzaddik, you hold back and feel you can’t go to him. There is no rationale for this; as you admit, he is greater than you in every aspect of greatness.

“With me it is just the opposite. Since I know that he is a tzaddik and I am not, I say to myself: ‘These questions demonstrate how little you know. You have no understanding of the tzaddik’s greatness; he is in a league of his own. To use the terminology of our sages, adayin lo zochisi lehovin – I have yet to understand.’ So that propels me to come closer to the tzaddik, and hopefully my questions will become resolved on their own.”

My fellow chassidim, let us take this message to heart. Whatever our questions may be, we should realize that these questions are there to enlighten us. They are informing us that we must immerse ourselves in the teachings of the Rebbe even more than before, and then, with chassidishe truth and bittul, we will see that once we are “in the Rebbe’s room,” there are no questions.

This week’s story is being posted in honor of the chassunah of Shlomo Zaman Tzvi hakohen and Devorah Leah Katz. May all of the Rebbe’s brochos to them be fulfilled, and may they merit to have a lichtige and warm chassidishe house, with children going in the ways of the Torah as it is illuminated by Chassidus. And may we all merit the coming of Moshiach, speedily in our days.

Rabbi Avtzon is a veteran mechanech and is the author of numerous books on the Rebbeim and their chassidim. He is available to farbreng in your community and can be contacted at avtzonbooks@gmail.com

« Weekly Letter: On The Topic of Hiskashrus
Weekly Unique Photo of the Rebbe »