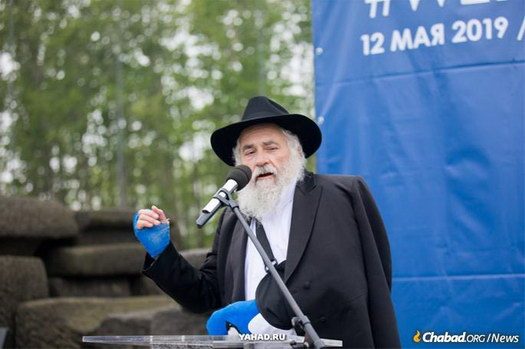 Rabbi Yisroel Goldstein, survivor of the Poway Chabad shooting and the congregation’s leader, is set to address the United Nations General Assembly in a special sitting on antisemitism next week.

In a statement, the Israeli Mission to the United Nations said that “in light of the increase in antisemitic incidents around the world, [the mission] led Ambassador Danny Danon, has made a diplomatic effort in recent months to convene the General Assembly for a special discussion on the issue.”

“This activity, carried out alongside the United States, the European Union and Canada, has borne fruit, as the General Assembly will meet next Wednesday… to discuss combating antisemitism and how to harness the power of social networks as an instrument of education against the messages of hatred and incitement,” it said.

The Mission said that the secretary-general of the UN will open the discussion, followed by the president of the UN General Assembly and Goldstein, “who was invited at the personal request of Israel.”

Speaking about his impending appearance at the UN, Goldstein said in the statement that “the most powerful way to overcome the darkness of hate, bigotry, and antisemitism is by proactively generating an even greater light through acts of goodness and kindness and by educating our youth about the dignity of life and our common obligation to be agents of light.”

“Today it is critical for all people — world leaders, the media, and every man and woman on the street — to embrace and spread this message far and wide so that, together, we can all create a brighter and safer tomorrow for everyone,” he said

The Mission said that “ambassadors from many countries around the world, the European Coordinator for Combating Antisemitism and other speakers” will also address the special sitting.

Goldstein was shot and wounded during the April attack, when 19-year-old John T. Earnest entered the synagogue, shot and killed Lori Gilbert Kaye, and wounded three others. The attack took place exactly six months after 11 people were massacred during a shooting at the Tree of Life Synagogue.