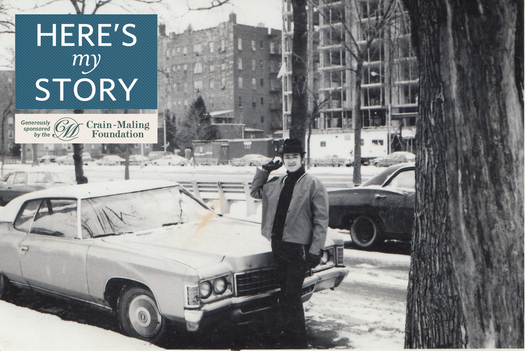 For two years, from 1973 to 1975, I was privileged to study – along with a group of young Georgian Jews who had immigrated to Israel – at Tomchei Temimim yeshivah in Brooklyn, not far from the Chabad Headquarters at 770 Eastern Parkway.

Some years earlier, the Rebbe had sent his emissaries to Soviet Georgia to support the Jews living there, and then when these Jews immigrated to Israel, they settled in Chabad neighborhoods and studied in Chabad yeshivahs. But because of the hardships of earning a living at that time, there was a high dropout rate, and many students left yeshivah as teenagers in order to go to work. To remedy this, we were invited to come study close to the Rebbe for a few years.

I was just fourteen at the time and being so far away from my family was very hard on me, but I must say that we were well taken care of. We felt that the Rebbe was personally interested in us; this was evident in the special attention he showed to our group. He saw in us the future of the Georgian community, and we felt his love and care.

Every Shabbat we would come to the Rebbe at 770, as well as for every farbrengen. And it was during the farbrengen at the end of Passover 1974 that something most unusual took place.

As was customary, the Rebbe made Havdalah to demarcate the end of the holiday and gave out wine from his cup – the kos shel brachah – to every person present. This usually took a very long time, considering the size of the crowd, but I stood close to the Rebbe, and so I was among the first ones in line. When I approached him, the Rebbe raised his eyes and looked at me, saying with a smile, “Send this wine to your father.”

I was baffled because I would always do that – I would save a bit of wine from my cup, mix it with a bottle of wine that I bought and send it to my father in Israel with someone going there. I didn’t understand why I suddenly needed to be reminded.

But the Rebbe said again, “Send this wine to your father.”

Now, I started to worry. What was going on? Was something wrong with my father?

The Rebbe saw the confused look on my face, and he said for the third time, “Send this wine to your father.”

I started to shake. I left the room and ran to the telephone to call home. My parents didn’t have a phone in their house, but their neighbor did, and that’s whom I called.

“Tell me – is everything alright with my father?” I demanded.

Later I tried again and got another evasive answer. I became very frightened, and I started reciting psalms with the hope of hearing good news. But the neighbor would tell me nothing until I threatened to keep calling at all hours, and only then did he agree to have my father come over at an appointed time to speak with me.

Meanwhile, I met a Georgian Jew who had come from Israel to visit the Rebbe, and I asked him if he had seen my father. “Yes,” he replied. “I saw him…” Then he added, “His head and hand were bandaged.”

“Yes, he was walking, and he even waved to me.”

When I finally spoke with my father, he told me what happened:

My father worked as a taxi driver. He would often drive Rabbi Rafael Alashvili, the leader of the Georgian community in Israel when he went around the country visiting Georgian immigrants. The morning after Pesach, as he was driving Rabbi Rafael and his wife on the road ascending to Jerusalem, my father noticed that a bus was in trouble and sliding down the hill towards them, unable to stop. He reacted quickly, shoving his passengers out of the taxi and out of harm’s way, but he could not get out in time. He was still inside the car when the bus hit it, rolling on top of it and crushing it completely.

The paramedics who arrived at the scene found that my father was not breathing, nor exhibiting any signs of life. So they covered him with a sheet and took care of Rabbi Rafael and his wife. Only later did they turn back to the deceased man. But he had disappeared!

At that time there was a big dispute in Israel regarding autopsies, and ultra-Orthodox families sometimes secretly removed the bodies of their deceased relatives from the hospital to prevent an autopsy from being performed. The paramedics assumed that something like that had happened here. They saw a Jew standing nearby, and they asked him, “Have you seen what happened to the driver?”

“I am the driver,” he answered.

They were shocked. “That’s impossible! You were dead! We covered you with a sheet!”

My father told me that the accident happened at 9:30 a.m., Israel time. (This time was documented in the police report and the medical file.) This was 2:30 a.m. New York time, exactly when I approached the Rebbe to receive wine from his kos shel brachah, and the Rebbe said to me, “Send this wine to your father.” It was as if the Rebbe knew that at that exact moment my father was in trouble and needed salvation.

Of course, after I heard what had happened, I hurried to find someone who was traveling to Israel, and I sent with him the bottle containing wine from the Rebbe’s cup.

Two months later, when I came back to Israel for a visit, I heard about the accident in greater detail. My father told me, “I woke up to find myself covered with a white sheet, and then sat up and saw a big commotion around me. Nobody could believe how I survived – even the doctors couldn’t explain how someone could be in such a terrible accident and live.”

My father took me to the garage where the remains of his taxi were stored, and I couldn’t believe my eyes – the car was completely crushed. I couldn’t imagine how a person could emerge alive from such a wreck.

Thank G-d, my father is alive and healthy to this day, enjoying his grandchildren and great-grandchildren. I do believe that it is only due to the miracles and wonders of G-d, and the Rebbe’s intercession. It was the Rebbe who felt at that moment that a Jew was in trouble and awakened in me the will to recite psalms for my father. And G-d answered our prayers.

Mr. Menashe Janashvili was interviewed in his home in the Shikun Chabad neighborhood of Lod, Israel, in February of 2015. He passed away in March of 2019.