« Children Learn about Tu B’Shvat at Mr Greens
OpEd: Something About Camp Doesn’t Add Up » 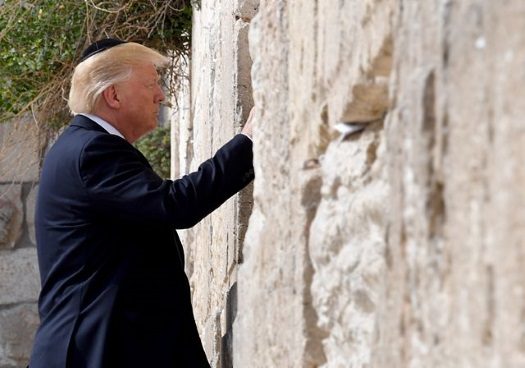 Burleigh’s claims that Israel as well as the Chabad Hasidic movement are behind the Trump presidency and the link to Russian President Vladimir Putin’s interference in the US government were quickly condemned as anti-Semitic.

The National Council of Young Israel called on Newsweek to fire Burleigh in response to her tweet.

“Nina Burleigh’s intimation that Israel and Jews in general are inherently controversial smacks of anti-Semitism and racist undertones,” said the National Council of Young Israel. “Rather than presenting a degree of objectivity, which should be the hallmark of any journalist, this reporter instead exhibited a bias that perpetuates anti-Israel animus and propagates anti-Semitism. In light of Nina Burleigh’s disturbing comments regarding Israel and Jews that revealed her prejudicial views and compromised her impartiality, Newsweek should immediately terminate her employment. Using one’s platform as a reporter to disseminate anti-Semitic prose is unacceptable, and Newsweek has a duty to ensure that there are ramifications for Ms. Burleigh’s offensive remarks.”
“Nina Burleigh’s comments about Chabad are particularly egregious, in that they come just a short time after we marked the tenth anniversary of the terrorist attack on the Chabad House in Mumbai, which killed Chabad emissaries Rabbi Gavriel and Rivka Holtzberg, and several others,” added the National Council of Young Israel. Ms. Burleigh’s incendiary and insensitive remarks concerning Chabad were in extremely poor taste, in that they espouse a Jewish conspiracy theory that is completely unfounded and unbecoming.”

« Children Learn about Tu B’Shvat at Mr Greens
OpEd: Something About Camp Doesn’t Add Up »