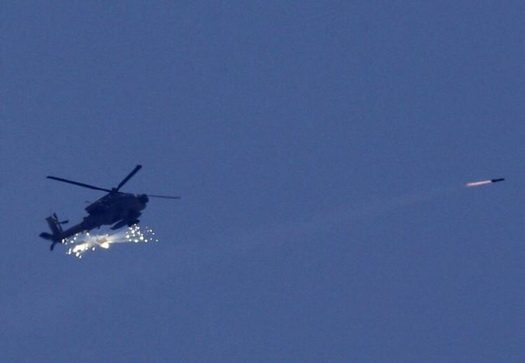 A six week lull in rocket fire from the Gaza Strip was shattered late Friday night when a projectile was fired into southern Israel.

According to the Hebrew news site Mako, the rocket was detected immediately by the IDF but was not intercepted by defense systems as it was determined to be headed toward an open area.

This proved to be the case, and the rocket struck in the Shaar HaNegev region, causing no injuries.

The IDF swiftly retaliated with a helicopter strike on a Hamas position in the Strip.

Israel and Hamas were on the brink of war six weeks ago after the terrorist organization fired hundreds of rockets at southern Israel, which provoked a series of escalating IDF retaliations. War was ultimately prevented by a ceasefire brokered by Egypt.

Defense Minister Avigdor Lieberman resigned over the ceasefire, which he denounced as a surrender to terrorism. It was later revealed that the government had chosen not to go to war in the south due to plans for the then-secret Operation Northern Shield against Hezbollah tunnels in the north.