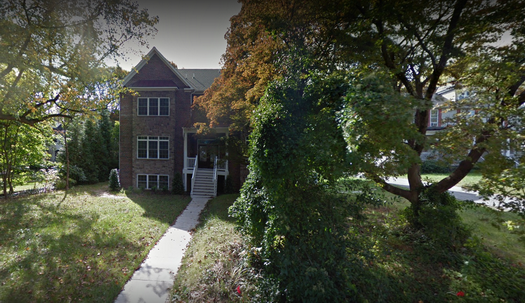 Chabad of Towson has filed a federal lawsuit today against Baltimore County, calling out a pattern of unlawful actions it took against Rabbi Mendy and Sheiny Rivkin and the Jewish students at Towson University and Goucher College in violation of  the Religious Land Use and Institutionalized Persons Act (“RLUIPA”).

According to the lawsuit, the county defamed the rabbi with erroneous and baseless statements and illegally invoked inapplicable zoning regulations to impede the rights of the Rivkins, students at Towson and Goucher, and Friends of Lubavitch, Inc., by filing an unjustified “violation” against the Chabad House and dragging it into repetitive unjustified zoning hearings in order to obtain a building permit for a needed extension of its building. The outrageous process culminated in a county court order directing that the $800,000 extension, completed in early 2017, be demolished.

“The county’s actions egregiously violated federal law and the rights of the Rivkins and Jewish students, who were able to observe Jewish practices only because of the availability of a nearby Chabad House,” said Nathan Lewin, the lead attorney representing Chabad of Towson. “Baltimore County has sought to defame the rabbi and by various illegal means to burden, obstruct, and suppress Jewish religious observance in Towson by delaying and now demolishing the premises where such religious exercise is made possible.”

The Rivkins founded Chabad of Towson in 2008, opening their home and family to the student populations at Towson University and Goucher College and other Jews in the area.

The Chabad House serves as a “home away from home” for Jewish students and others in the neighborhood and provides religious hospitality and home-based Jewish observances, including Shabbat and holiday meals and celebrations. From the day the property was purchased and the Rivkins moved into it, the Chabad House has been open to students for Jewish religious observance and teaching. The owner of the property (Friends of Lubavitch, Inc.), the Rivkins, and the students reasonably expected from the outset that the property would be used for religious exercise. Just as many of the other Chabad Houses on university campuses are classified for zoning purposes as “residences,” Towson Chabad House always was, and continues to be, a “residence.”

In a blatant act of religious discrimination, Baltimore County permit and zoning officers asserted erroneously that the property, which is the home of the only rabbi in Towson, was a synagogue or a community center.  Relying on Baltimore County’s false allegations that “FOL has been using the property without obtaining necessary approvals or complying with regulations,” a Circuit Court judge has rejected the recommendation of a court-appointed receiver and decreed that the expansion built on the property must be “razed.”

“Baltimore County was clearly out to get the Rivkins, using zoning as an excuse to try and run them out of town,” said a member of the community who is familiar with the case. “It’s a university Chabad House, not a synagogue and not a community center. The county fabricated bureaucratic rules to make life difficult for Chabad and for the Rivkins, in order to prevent Jewish religious observance at Towson and Goucher.”

It’s widely known that the central role of the Chabad House at Towson University and of Chabad Houses on college campuses nationwide is to create a familial atmosphere for students, as is highlighted in a 2016 independent study on Chabad on Campus and as noted by New York Times commentator David Brooks, among others.

For more information on the case visit: www.towsonfacts.com

Chabad of Towson is in urgent need of funds to cover the expenses of this lawsuit and save the Chabad House from being razed in a horrific display of blatant discrimination. Visit www.towsoncrisis.com to join in this crucial campaign.