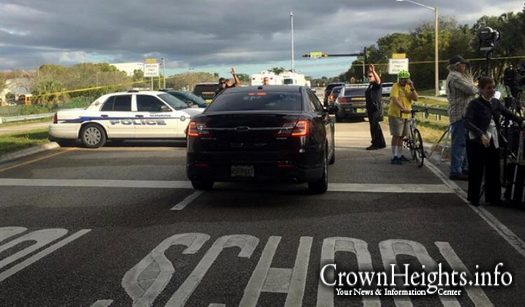 Several people fell ill at an office of a Baltimore synagogue after opening a package. 911 was called, and HAZMAT teams sent have yet to identify the agent in the packages. Other Jewish institutions have also reported receiving similar packages.

A Baltimore Maryland Synagogue office received a suspicious package Monday that caused several people to feel ill. The packages were opened, and those in the immediate vicinity began having symptoms.

911 was called, and HAZMAT units dispatched to the school. Although the agent involved has not yet been identified, no reports of critical injuries have been released.

Several other Maryland schools have reported similar packages including Bait Yakov Safra, Ner Tamid, and Cheder Chabad, but none have reported opening the package, nor getting ill.