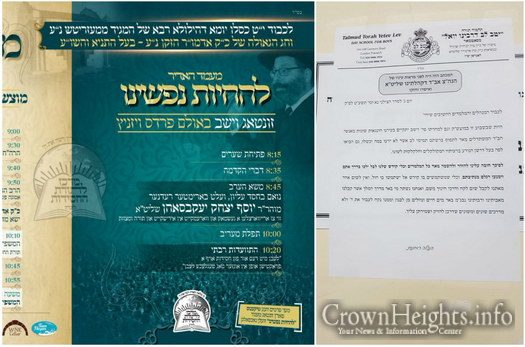 A yearly Yud Tes Kislev event hosted by Merkos L’Toras Hachasidus of London was banned by the local Satmar yeshiva. The ban was published in a letter citing chabad’s “damaging” ways as the reason why.

The gathering, scheduled for Sunday December 2nd will be located at the Viznitz Hall, and is being advertised as a Melava Malka. Rabbi Yossi Jacobson is scheduled to speak at the event.

A letter, posted by the Satmar Yeshiva of London, bans the event, stating that the students and teachers of the school should not participate, for fear of an attempt to pull them away from Satmar. The letter says the ways of chabad are “damaging,” and calls for the Satmar community of London to keep to the ways of Satmar.

The Rov of London, Rabbi Padwa, has announced that he will be attending the event.