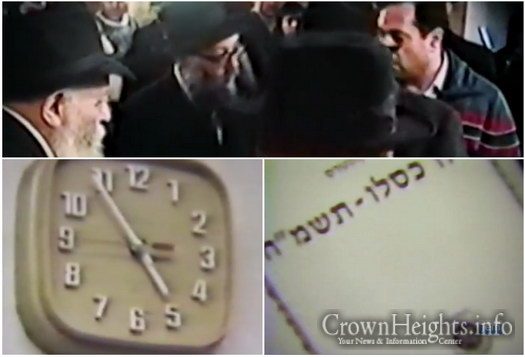 In 5748, on the tenth anniversary of Rosh Chodesh Kislev, the Rebbe edited the Maamar based on the verse “Veshavti b’sholom el beis avi,” “I have returned to my father’s house in peace,” in honor of the day. This generated much excitement among Chasidim.

Its release coincided with the first International Kinus Hashluchim and was followed by the return of missing books to the Frierdiker Rebbe’s library two days later on the second of Kislev.

The Rebbe distributed the Kuntreis to Shluchim on the first of Kislev that year.