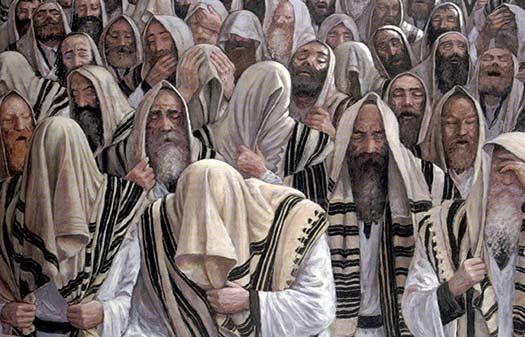 Weekly Story: A Story About our Beloved Jester

This Erev Shabbos is Rosh Chodesh Adar, and, as everyone knows, we usher in this joyous month with merriment and by being jovial. I therefore chose to share with you a story which I recently heard for the first time about our most beloved jester, Reb Shmuel Munkis.

It was Shabbos Shuvah, the Shabbos before Yom Kippur, (or erev yom kippur itself), and the rabbi of the community sensed that the townspeople weren’t approaching this solemn day with the earnestness he felt was appropriate. So he prepared a drashah which he was sure would put them in the proper frame of mind, relating to them the following parable:

“There was a king who was truly beloved by the people of his country. His only passion was to enrich their lives. He invested tremendous efforts that the economy should prosper, so that everyone could benefit from it. He was indeed a remarkable person, who strove to create a spirit of brotherhood among the populace, and succeeded in doing so. The judges he appointed were all men of integrity, and indeed peace and harmony reigned throughout the kingdom.

“Everyone was proud to be his subject, and they all were happy. The only thing that marred their happiness was the fact that the king and queen were childless, after having been married for almost twenty years. They all prayed for the queen to become pregnant.

“And yes, miracles do happen, and their prayers were answered. Before long, the queen gave birth to a princess. Everyone was joyous, and they all rejoiced as if it was their personal celebration.

“As the princess grew older, the king hired the most talented instructors to tutor his precious daughter, the heir to the throne. Above all, he instilled within her the importance of being just and honorable, and the understanding that a monarch’s responsibility is to serve the people, and not vice versa.

“When she became of age, the king personally selected a young man whom he deemed worthy of marrying the princess and becoming the heir to his throne. Everyone began preparing for the festivities that would be held in honor of the wedding. The preparations were done with such passion that an onlooker could have thought that each person was preparing for the wedding of their very own child; so palpable was their joy.

“The capital was spruced up, and the festivities began a week before. The lanterns and bonfires lit up the night as brightly as if it were day. The people were truly rejoicing in the king’s—and indeed, in their very own—celebration.

“Suddenly, two days before the wedding, tragedy struck. Without warning, at one of the celebratory events the princess suddenly collapsed and died in front of her parents. Their grief was indescribable, and everyone mourned over this tremendous loss.”

The rabbi, who was a dynamic speaker, dramatized the entire scenario so powerfully that everyone present began crying, as if the tragedy had befallen them personally.

Reb Shmuel Munkis was also present, and he noticed a fellow chossid sobbing. Going over to him, he removed that person’s tallis from his head, and, looking straight into his eyes, he said, “Tell me my friend: Did a member of your family pass away? If not a member of your family, was it perhaps the child of a friend?”

The man looked at him with an incredulous stare, as if to say, “What are you talking about? Didn’t you hear that the beloved princess, the pride and future of her country, died just a few days before her wedding?!”

Hearing the truth behind his words, the individual wiped away his tears and went home.

The following day, (or after kol nidrei) he approached Reb Shmuel with a complaint. “I am upset at you,” he said. “It’s true that the entire story was made-up, but at least I felt empathy toward something, allowing me to sense and have a feeling for the solemnness of the day. But after hearing your words, I felt cold and indifferent. You took away whatever feeling I had. My Yom Kippur is going to be empty!”

“Oh,” replied Reb Shmuel, “You desire to have a feeling for the day? Let me explain to you what Yom Kippur is really all about.” He then patiently explained to him the essence of the day of Yom Kippur.

“I would like to ask you one more question. It’s true that the feeling and understanding I have now is much deeper and richer than what I would have had from the rabbi’s drashah. But why did you have to destroy that feeling, creating emptiness within me? You could have taught me this deeper understanding, and I would have still had the previous feeling, in addition to what you just taught me!”

“As long as you would have held on to that feeling, you would have thought that it was beneficial and good, and that whatever else you might hear is merely an addition to it. Under that condition, whatever I would have told you would have been meaningless; it wouldn’t have affected you in the slightest. But once you were truly thirsty for the truth, you were able to have a true appreciation of it, and it satisfied you much more than what was taken away.”

Author’s note: I called this story Reb Shmuel Number 25, as in my book on Reb Shmuel Munkis I published twenty-four stories, so here is the twenty-fifth. At the same time, I am certain that just as this story was brought to my attention during a farbrengen, so too there are additional stories about this phenomenal chossid that I and others may be unaware of. So if you know of any additional stories, on behalf of the thousands who read this weekly column, please share them with me at avtzonbooks@gmail.com. Thank you.

Rabbi Avtzon is a veteran mechanech and the author of numerous books on the Rebbeim and their chassidim. He is happy to inform us that his newest book, a biography on the Rebbe Maharash, was sent to the printer and bezras Hashem should be available before Pesach. He is available to farbreng in your community and can be contacted at avtzonbooks@gmail.com