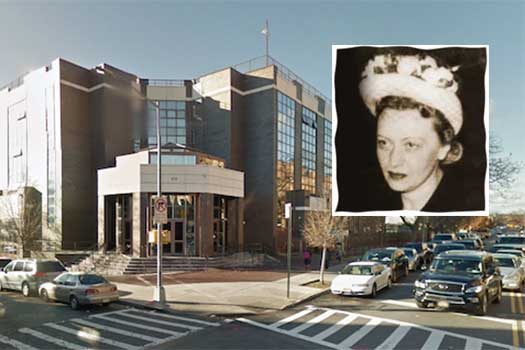 A move to have a street near Beis Rivkah receive an honorary naming has drawn criticism, and in a statement the school has now postponed the ceremony indefinitely. This move comes nine months after CrownHeights.info first brought to light a claim that the Rebbe was opposed to such a naming.

Mr. Eugene sponsored the bill at the request of Moshe Pinson and Yaacov Behrman and the street was to be renamed in a ceremony on Monday, coinciding with the 30th anniversary of her passing.

When news of the bill was first published on CrownHeights.info Yankel Goldstein reached out and wrote a comment indicating that the Rebbe was against such a move in the past. He further lamented the fact that no one looked into doing such a thing first. “Why didn’t someone ask before it was done,” he wrote.

Nevertheless, that did not stop the Beis Rivkah board from printing flyers and organizing an event to host a “street naming ceremony” this coming Monday, February 12th.

Again, Goldstein reiterated his instruction he received from the Mazkirus when an effort to name a portion of Eastern Parkway after the Frierdiker Rebbe.

In a statement to CrownHeights.info Yankel Goldstein, the former longtime chairman of Community Board 9, claimed that the he received a clear answer from the Rebbe indicating that he was against using the name “Schneerson” for street naming.

“Using the Name Schneerson In the public arena is against the wishes of the wishes of the Rebbe. Let me explain. In 1988 when I was the Chairman of Community Board 9 I was approached by7 Mendel Shemtov A”h the then Chairman of the CHJCC to rename the service road in front of 770 as “Rabbi Joseph I Schneerson” street in honor of the Freirdiker Rebbe.

“My response was that I would be glad to engage the efforts of CB9, however I first want to ask the Rebbe if I should do this as it would be on the block of 770. Rabbi Hodakov A”h called me into his office and told me in the name of the Mazkirus “az dem nomin Schneerson henght min nisht in di gassin” [the name Schneerson we don’t hang in the streets].

“I wish someone would have asked me about this idea and I would have told them the Rebbe’s response. I did not do it then and when the subject was broached to me after Gimmel Tamuz to name the Service road Between Brooklyn and Kingston in memory of the Rebbe, I told them the response that I received from the Mazkirus about the Freirdiker Rebbe and the CHJCC request. There is no name on any street sign till this day and I hope not in the future.”

On Friday morning a message from Rabbi Avraham Shemtov was sent out to parents informing them that the “street naming postponed!”

The message read, “As we were preparing for the dedication ceremony of the naming of the square in front of Campus Chomesh, it was brought to our attention that an answer came from the Rebbe’s secretariat regarding the possibility of renaming a street to bear the Frierdiker Rebbe’s name.

“We were unable to independently verity and fully determine all the details, or if this applies in our case.

“The Board has therefor decided to postpone the naming of the square until more clarity can be reached on the matter so that the naming be done in the proper way.”