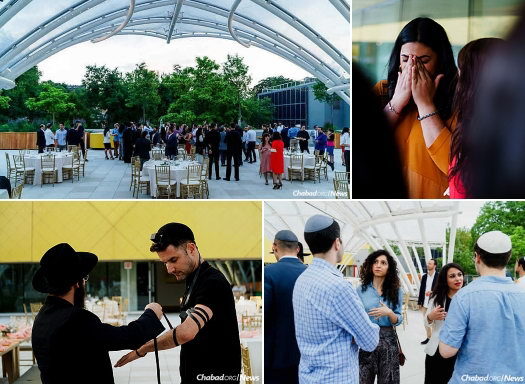 Some 300 Jews in their 20s and 30s gathered recently on the scenic Bower Rooftop of the Brooklyn Children’s Museum in the Crown Heights neighborhood of Brooklyn, N.Y., mingling on the sundrenched deck in the hours before Shabbat. They enjoyed hors d’oeuvres and good company, with many taking part in mitzvahs like wrapping tefillin and lighting Shabbat candles.

While Brooklyn has had a large Jewish population for more than a century and Crown Heights has long been known as the seat of the Chabad-Lubavitch movement, forces of gentrification have brought an influx of young Jewish residents of all backgrounds from all over the world to the neighborhood and surrounding area.

That’s good news for Rabbi Ahrele and Chana Loschak, who co-direct Chabad Young Professionals of Brooklyn, under the auspices of Rabbi AriKirschenbaum of Chabad Prospect Heights East. For the past year-and-a-half, they have been working to bring appealing, relevant Jewish programming to this crowd.

“We sit at the crossroads of such incredible Jewish diversity,” says Chanie Loschak. “Our goal is to help foster this beautiful new community, connecting to the Jewish hearts of those moving here.”

Joining the program were Rabbi Mordechai and Chana Lightstone, who run Tech Tribe, an organization that creates Jewish events and experiences for those working in technology and digital media in New York City, and at the annual SXSW festival in Austin, Texas.

Rabbi Loschak explains that “we were looking to bring people together in a relaxed Jewish setting and expose them to the beauty of Shabbat, building a strong sense community for the many disparate Jews who live here.”

Particularly powerful were the dozens of table captains who recruited their friends and colleagues to join the evening’s festivities.

“There was a lot of intentionality in the setup and decor of the event,” describes Galya Bender, who served as host. “Our vision was to create a deeply resonant Shabbat experience revealing the natural spirit of the day.”

Despite the impending inclement weather, guests gathered outdoors around elegantly set tables following Kabbalat Shabbat and Kiddush—feasting, singing and talking into the wee hours before returning to their homes nearby or to hosts in Crown Heights.

Among those impressed was Marissa Goldner, 28, of the Bedford-Stuyvesant neighborhood—once known for its urban decay and now a magnet for young New Yorkers drawn by its proximity to public transport, exquisite architecture and urban vibe.

“I liked how everyone was moving around all night, talking to many people at many tables,” she says.

Still, many new Brooklynites find it challenging to cultivate a sense of community and belonging when their peers work long hours elsewhere, returning home just to sleep. Events like this one bring people together with neighbors they rarely see.

Goldner met the Loschaks two years ago when she lived in Crown Heights. After unsuccessfully trying to find her place in several of the Jewish communal groups that have sprung up in area, she was introduced to Chabad.

“I was trying to explore the larger Jewish scene in Crown Heights,” says Goldner. She found just the right guides when she met the Loschaks through a mutual friend.

She considers them “welcoming, friendly and inclusive,” saying “they are very generous with hosting people and inviting others to their house for Shabbat.”

In this instance, however, the house came to them. 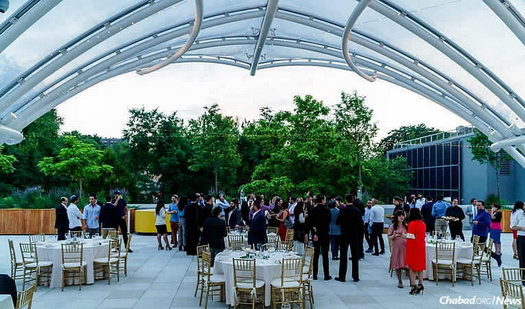 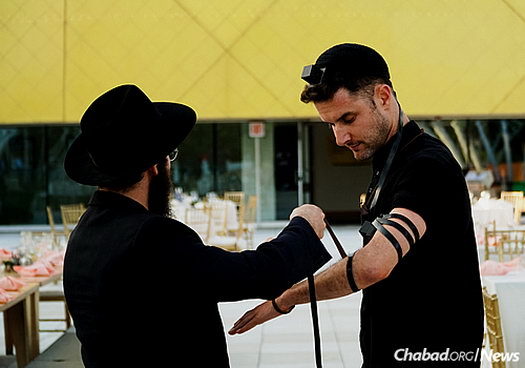 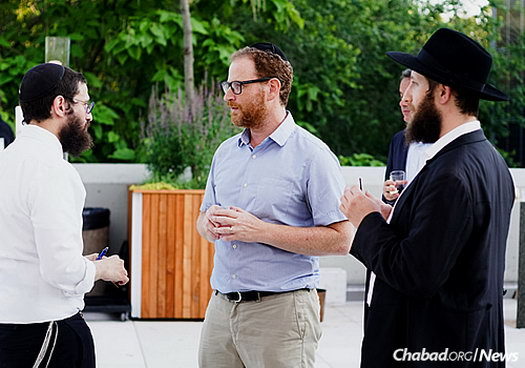 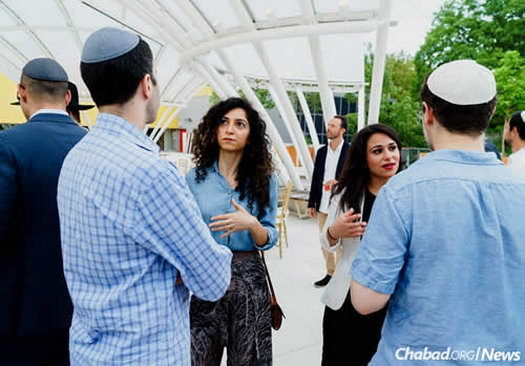 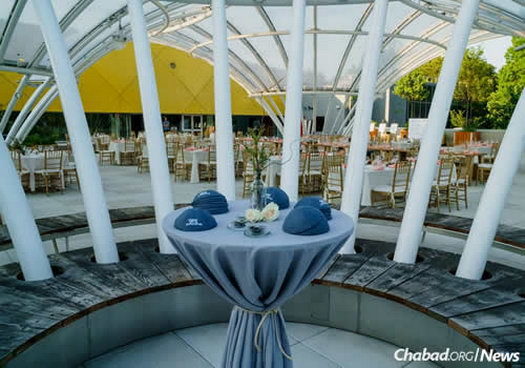