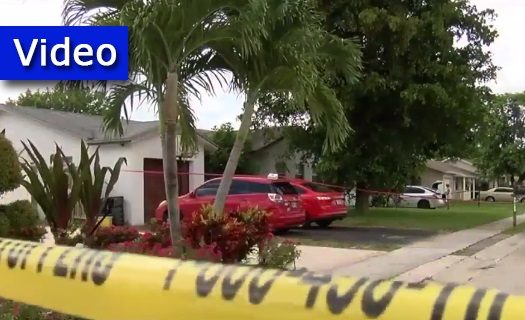 Authorities have said they are not investigating as a hate crime Monday night’s slaying of Aaron Rajman, a professional mixed martial arts fighter and an Orthodox Jew, at his family home west of Boca Raton, Florida.

Rajman, 25, was fatally shot at about 10:25 p.m. Monday, the Palm Beach County Sheriff’s Office said. It reported several men went into the house, a fight broke out, and the men drove off after the shooting. As of midday Wednesday, the agency had not reported any arrests or named suspects.

“Wow thank you everyone! Today, I was able to give Rabbi Bukiet $10,000 to reserve Aaron’s plot,” organizer Sam Pollack posted. “He will be buried next to his father! We hit the goal in under 24 hours! I promised everyone I wouldn’t sleep until this goal is hit! Means a lot to the family! I’m with Lauren now! If you can all see how thankful she is, would bring you all to tears!”

The funeral is set for 2:15 p.m. Thursday at Eternal Light Memorial Gardens, west of Boynton Beach.

Rajman was one of only a few Orthodox Jews in the sport. “It was pretty special to watch him walk into a ring with a yarmulke on,” said a friend, who did not want his name used.

Rajman was born in New York and moved with his family to Florida as a pre-schooler, friend Emily Imber said. She said his parents later divorced, and for the last few years, he’s shared a home with his mother, his mother’s aunt and his younger brother. He also has an older brother. A family friend, Jonathan Lirette of Margate, said Rajman’s father died of cancer about four years ago.

Imber said Rajman “was always religious ever since he was a kid.”