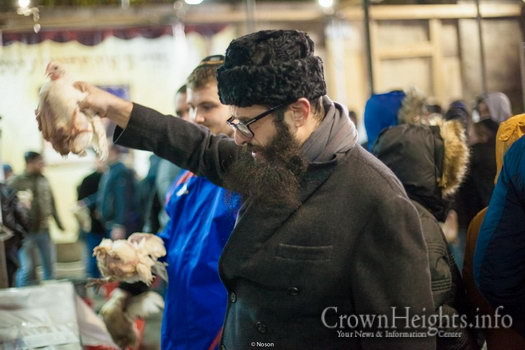 On Friday, June 23, a California state court rejected an “animal rights” organization’s challenge to the ancient Jewish practice of Kapporos by Chabad of Irvine, allowing the synagogue to proceed with the ceremony before Tom Kippur this year. The court is the second since May to reject a lawsuit brought against the synagogue by these activists.

“We are thrilled that, once again, another court has seen the importance of protecting our ability to practice a cherished tradition of our faith,” Rabbi Alter Tenenbaum, the rabbi of the Chabad of Irvine, says. “As we live in peace and tolerance with one another, we hope these legal victories strengthen and encourage the religious liberty of everyone.”

The synagogue was represented at trial by Leslie Keith Kaufman of Kaufman & Kaufman and Stephanie Taub of the national religious freedom law firm First Liberty Institute.

“Targeted attacks on a religious sect should be rejected by every American,” Stephanie Taub, counsel to First Liberty says. “Protecting a millennia-old religious tradition is a victory, not just for the Chabad of Irvine, but for all Californians.”

Had the lawsuit been successful, the synagogue’s religious ceremony would have been declared a “business practice,” putting at risk the religious practices of every mosque, church, temple, synagogue, or house of worship. The lawsuit attempted to transform these non-profit religious ceremonies into government-regulated business practices whenever a place of worship accepts voluntary donations, tithes, or offerings. The lawsuit is the second in just over a month to come to a conclusion in favor of Chabad of Irvine.  On May 12, 2017, a federal district court judge dismissed a similar lawsuit, filed by another activist organization.  After one day of trial, California state judge Martha K. Gooding of the Superior Court of California, Orange County, ruled in favor of the Chabad of Irvine.