« Here’s My Story: A Channel for Blessings
Op-Ed: The Hypocrisy of Ritual Slaughter Bans » 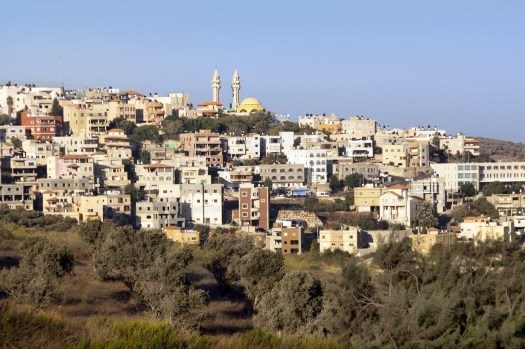 No one is ever really lost to Judaism. That’s the message of an astonishing Pesach seder that was held this year in the heart of an Arab village whose “planning” began 17 years ago.

“It was 17 years ago that two Jewish women discovered they had been given up for adoption as babies, and that their real mother was married to an Arab and living in a village in the south of the country,” an official at Yad L’Achim related.

A few years ago, the two women decided to reclaim their relationship with their birth mother. They succeeded in locating her and making contact, and discovered that they had two more sisters living in the village. Over the years, the two women tried to draw closer to their mother and sisters and succeeded in keeping in touch.

Recently, the mother’s health took a turn for the worse, to the point that she needed nursing care. “The two women turned to us at Yad L’Achim with a request that we help their mother make her way back to Judaism so that she can at least return her soul to her Creator as a Jew,” the Yad L’Achim official continued. “Of course, we responded positively and immediately contacted the mother and her two daughters. The story turned out to be more complicated than anyone had imagined, but at Yad L’Achim we’re used to doing the impossible. We began the process of rehabilitation by assigning one of our social workers to help them emotionally and in strengthening their Jewish identity.”

Recently, in their desire to draw closer to Judaism, the girls asked for help in celebrating Pesach in the village. Yad L’Achim dispatched a special car to the edge of the village on erev Pesach and handed the girls matzos and everything else they needed to conduct their secret seder in the village.

Yad L’Achim’s motto – we don’t give up on any Jew – took on new meaning in this astounding story. Yad L’Achim officials say they won’t rest until the complete return of the mother and her two daughter to the Jewish people.

« Here’s My Story: A Channel for Blessings
Op-Ed: The Hypocrisy of Ritual Slaughter Bans »