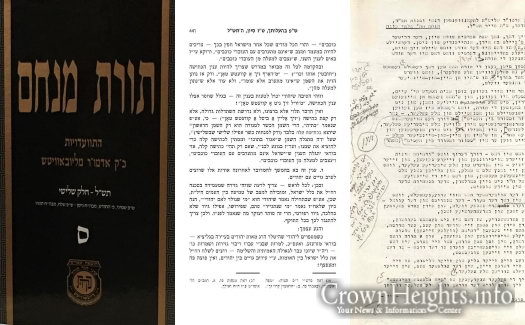 In an historic milestone, Vaad Hanachos B’Lahak has announced the publication of Volume 60 of the Rebbe’s voluminous collection of talks—Toras Menachem-Hisvaduyos.

The monumental task of collecting, transcribing, translating, editing and publishing the Rebbe’s talks in Hebrew, was begun in 1991. With the publication of this volume a milestone has been reached: for the very first time, all the talks and discourses of the Rebbe delivered at farbrengens during the first twenty years of the Rebbe’s leadership (1950-1970) are now in print.

The current volume includes the Rebbe’s talks and discourses delivered during the months of Nissan through Sivan of 1970. Additional bonuses are five responses from the Rebbe, written to the editors who transcribed the farbrengens. They are incorporated here within the completed essays.

Vaad Hanachos B’Lahak is the official publisher of the Rebbe’s talks in Hebrew, directed by Rabbi Chaim Shaul Brook and staffed by veteran scholars of the Rebbe’s teachings, Rabbis Yoel Kahan, Dovid Feldman and Yisroel S. Kalmanson. They are assisted by a dedicated team of experts: Rabbis Hirshel Notik, Dovid Olidort, Menachem M. Kaplan, Aaron L. Raskin, Eliezer Twersky, Yisroel Y. Silberstrom, Moshe Zaklikowsky and Yeshaye Marantz. By special arrangement with the Chabad-Lubavitch publishing house, Kehot Publication Society, the volumes are published under its aegis and are published with the Kehot logo.

Some highlights of the talks in this volume include:

● A discussion on the jubilee of the passing of the Rabbi Shalom Dovber, the fifth Rebbe, and the automatic passing of the mantle of leadership to his son and successor, Rabbi Yosef Yitzchak, the sixth Rebbe.

● The duty of the Israeli students who travel to the United States to study Torah – to be meticulous with their time, and the imperative for them to be totally immersed in their studies, without distractions of any sort.

● Nearly in every farbrengen, the Rebbe mentions (his voice often choking up and his eyes forming tears), the plight of Chasidim still in the Soviet Union, trapped behind the “Iron Curtain.” He showers them with boundless material and spiritual blessings, wishing them a speedy release from their incarcerated state. In one particular talk the Rebbe extolls the virtue of those mothers who selflessly encourage their husbands and children to study Torah clandestinely, in attics and cellars.

● The Rebbe’s famous battle for giyur k’halacha was (publicly) launched by the Rebbe at the Purim farbrengen of this year. The present volume is replete with the Rebbe’s call for the rectification of the Law of Return to include the words: k’halacha.

The new volume is printed, by divine providence, in the days leading up to Yud-Alef Nissan. It was exactly seventy years ago, while the Rebbe was in Paris to greet his mother, Rebbetzin Chana, that she revealed to Chasidim the significance of this special day. 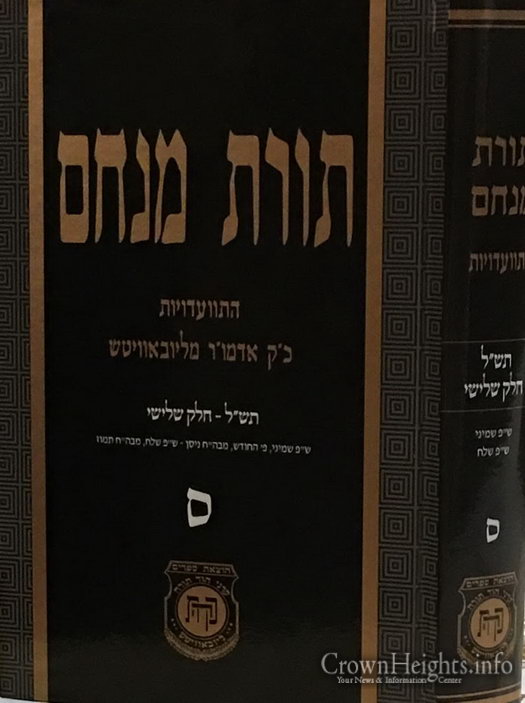 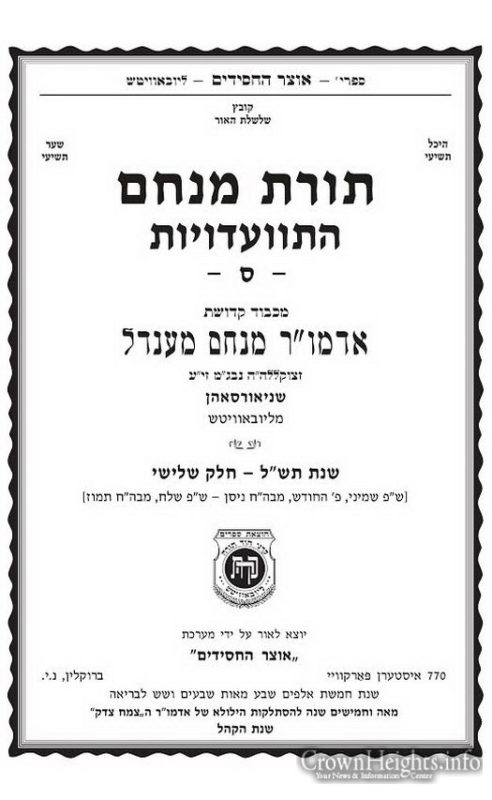 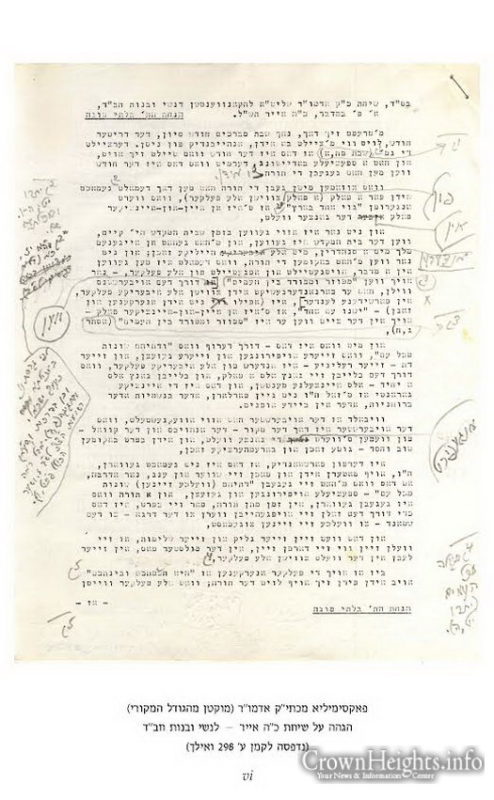 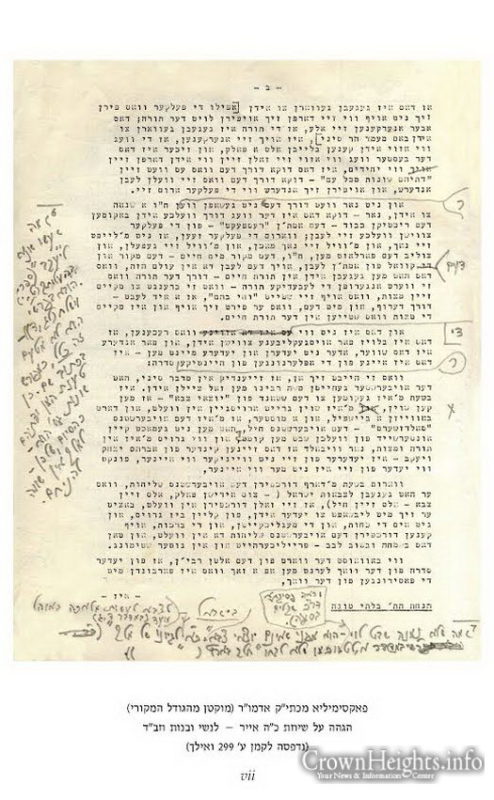 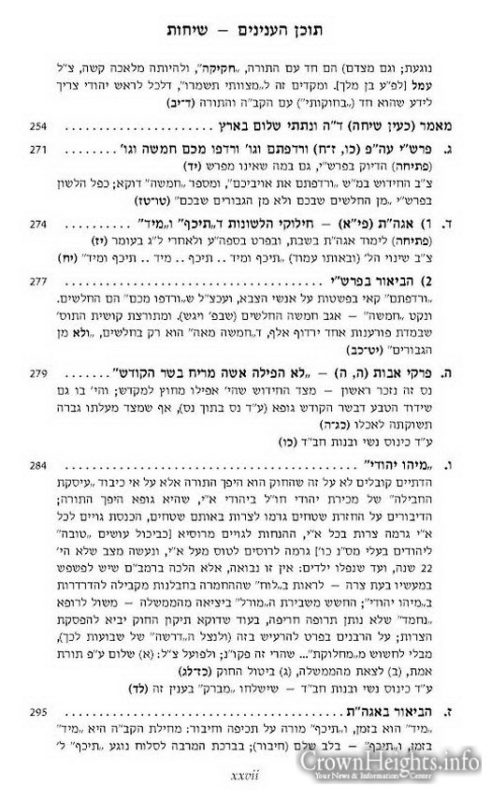 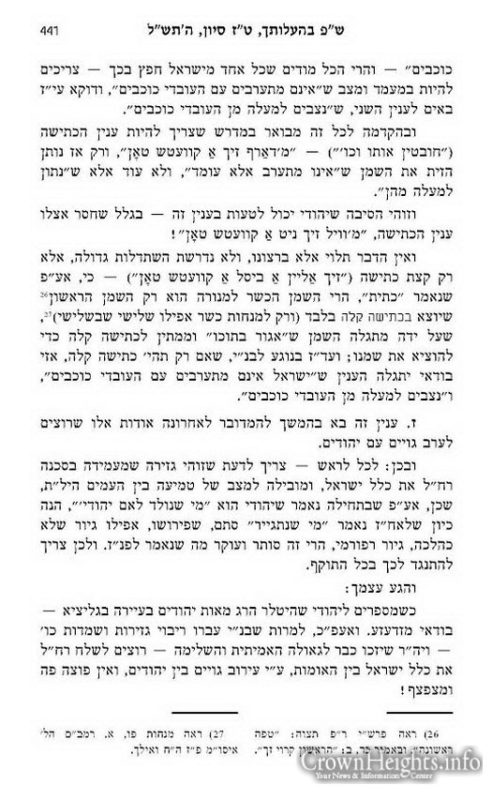 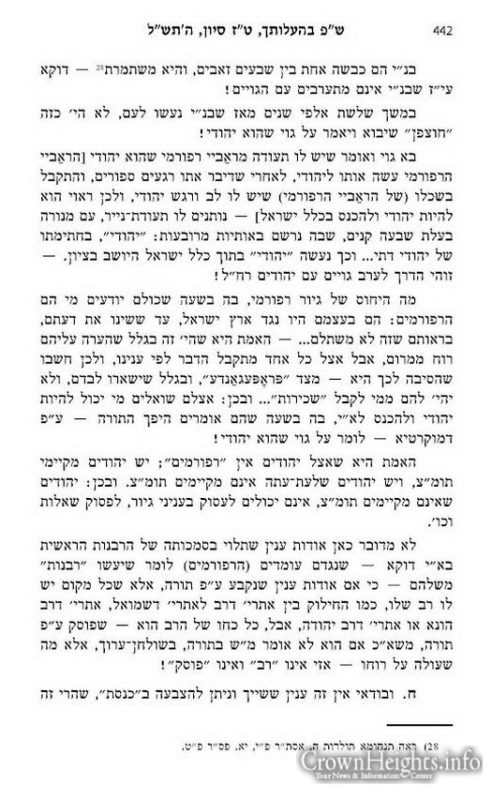 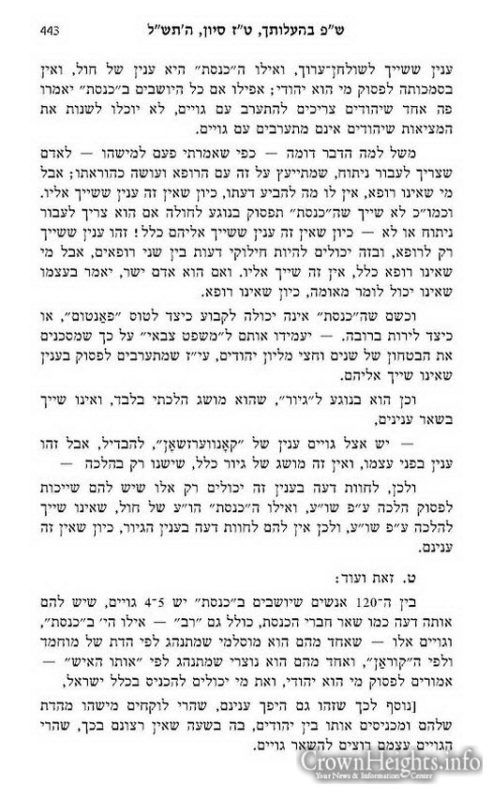