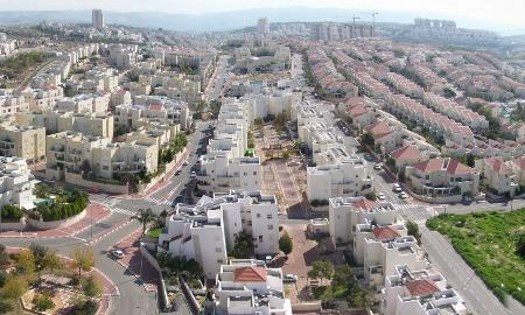 1,800 residents of the secular Israeli city of Reut have signed a petition against the planned building of a Chabad synagogue in the city.

There is growing opposition in the community of Reut to the planned construction of a Beit Chabad shul in the community. In fact, 1,800 residents have signed a petition against the shuls. In addition, a Facebook page has been launched to oppose the shuls and residents plan to be out in a main center on Friday to sign additional residents to the petition opposing addition shuls in the secular community.

The plan for the new shul was revealed in August and it led to immediate opposition. However, the posting of a sign by the municipality recently calling on persons against the plan to step forward has resulted in increased opposition. Opponents feel that the allocation of a plot for the Chabad shul should be revoked as they feel there is no room for a Beit Chabad in the secular community. They feel there are many other NGOs operating in the community that could use the land but they were not given a chance to compete for it.

On the Facebook page, activists explain the opposition must be significant “for once the bulldozers begin working it will be too late”. Organizers of the opposition are calling for unified opposition “to preserve the character of the community”.

The leaders of the opposition are planning to attend the upcoming community board meeting to express their opposition. They explain their secular community, which numbers 1,600 families, does not require four shuls…and therefore the plot allocated for a Beit Chabad can better service other organizations… the community was established as a home for career military personnel and we must maintain its character”.

Reut is home to many current and past Israel Air Force personnel.

Kfir Cohen, one of the leaders of the struggle to build the Beit Chabad and head of the district committee explains that they have been davening in a bomb shelter and they are not seeking to add a shul, but are simply seeking to move from a temporary venue to a shul building. Cohen explains the minyan has been in existence and he simply does not feel they should be compelled to live in a bomb shelter.

Cohen maintains the committee has acted with total transparency despite accusations to the contrary and the committee is simply looking ahead to the future towards the betterment of the community. He calls on the opponents to step forward and explain their opposition. “If they don’t want it this too is fine” explains Cohen, adding “The process of opposition is quite legitimate. I just wish it was a bit less litigious and offensive”.

City officials explain “the district committee received a petition signed by 500 residents of Reut in favor of the shul building. This prompted the city to begin moving ahead with the planned project in line with the desire of residents. In this same framework, if the committee receives opposition, it too will be received and an appropriate decision will be made”.