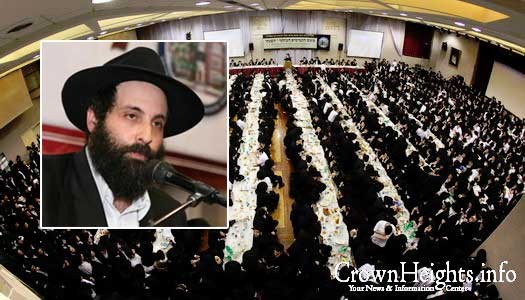 With just a week and a half left to Yud Shevat, Bochurim around the world are preparing to spend Yud Shvat at the Rebbe’s Ohel and in Crown Heights, learning this year’s Bosi Legani Ma’amorim, and taking on Hachlotos Tovos.

In Crown Heights, the Vaad Talmidei Hatmimim are working to prepare a full schedule of programming for Yud Shvat and the grand International Kinus Hatmimim. The Vaad has been working to keep the program inspirational and meaningful while retaining the extraordinary energy and koach that the Temimim feel during this special Kinus.

The gathering, which has gained world renown as one of the largest annual gatherings of bochurim, will feature an address by Rabbi Mendel Gordon, Mashpiah of Yeshivas Lubavitch in London. Rabbi Gordon is well known and respected by his many Mushpa’im all over the world and by many that went through the London Yeshivah over the years.

Other special highlights are in the works includes a special video presentation of the Rebbe and a lineup of guest mashpiim that is sure to have every bochur leaving inspired and charged.

The Kinus will take place Yud Shvat, Wednesday night at 7:00 p.m. in the Rosa Hall 470 Lefferts Ave, in Crown Heights.