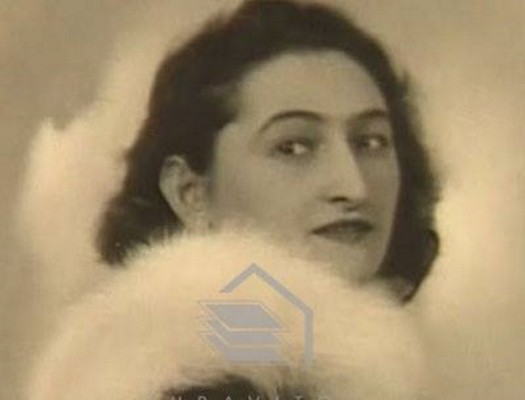 This Shabbos, 21 Teves, will be the birthday of Rebbetzin Shaina Horenstein (nee Schneersohn), HYD, the youngest daughter of the Frierdiker Rebbe and sister of Rebbetzin Chaya Mushka, OBM.

She was born in the town of Lubavitch in the winter of 1904 to Rabbi Yosef Yitzchak and Rebbetzin Nechama Dina Schneersohn, who would later become the sixth Lubavitcher Rebbe and Rebbetzin.

There is precious little known about her short life, but here are the few known details.

It was said that the young Shaina had “chushim adinim,” loosely translated as refined talents. From a young age, she was known for her depth and clarity of understanding. Her grandfather, the fifth Chabad Rebbe, Rabbi Shalom Dovber, once expressed to her parents the pleasure he had from the questions she asked as a nine-year-old. In his will, Rabbi Shalom Dovber left several of his personal volumes of Chasidic teachings to his granddaughter.

She later married her cousin, Rabbi Mendel Horenstein. The couple did not have any children, and for some years fostered and educated a young orphan.

Here are a few anecdotes as retold by the Rebbe:

As a child when she was crying, when someone would give her something to calm her down, she would say, “Know that I am not stopping to cry, I am just taking a break.” “Sometimes we stop from doing something good, there should always be a continuation, and at this moment it should only be an intermission,” the Rebbe said at a Farbrengen after telling the story.

The young Shaina responded, “On all I agree, but one thing I do not understand, is it possible to sleep in honor of Shabbos? How can one concentrate while sleeping?”

The Rebbe later said that when one questions and sincerely inquires in trying to understand what they are needed to do, this brings assistance from on High to be able to succeed in the goal. And in fact we should all strive that our sleep should also be in honor of Shabbos.

Together with her husband, she was murdered by the Nazis on the second day of Rosh Hashanah, 1941. She was 37 years old.

Rebbetzin Shaina was extremely close to her sister, Rebbetzin Chaya Mushka. During an interview, the Rebbetzin expressed her sincere closeness by stating that since her sister was murdered by the Nazis, it is as if she lost her own life.

Rebbetzin Shaina once gave her sister a ring, and Rebbetzin Chaya Mushka would always leave the house with that ring on her finger.