« Video: How Can We Experience Miracles?
High Schools Unite for Friendship Circle Kickoff » 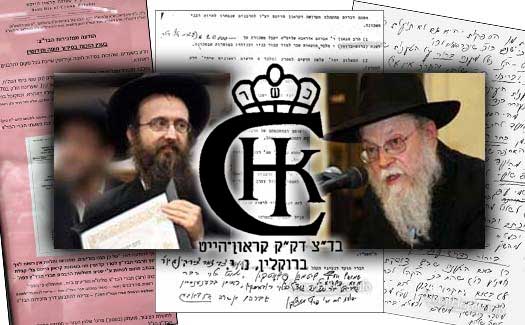 Vaad Hakashrus of Crown Heights has filed a lawsuit in Federal court claiming a number of food establishments, wine producers and rabbis are using its trademarked “CHK” logo without being certified.

The lawsuit, alleging trademark infringement, was brought by lawyers for Vaad Hakashrus Crown Heights, Inc. against R. Yosef Barun, along with Kingston Bakery, Inc., Chocolatte, Inc., Allied Wine Corp., Eber’s Liquor & Wine Inc. and Responsible Liquor, Inc., all of whom are alleged by the plaintiff to be improperly using – or selling products that bear – an unauthorized CHK logo.

According to a complaint filed in U.S. District Court, R. Braun ignored multiple cease and desist letters demanding that he stop using the CHK logo as his own. These letters were also sent to the food establishments and winemaker in question, which were ignored as well.

In the lawsuit Vaad Hakashrus is seeking monetary damages from the defendants, along with a preliminary and permanent injunction barring them from further use of the CHK logo.

« Video: How Can We Experience Miracles?
High Schools Unite for Friendship Circle Kickoff »