« Picture of the Day: Work Begins on Oholei Torah Gym
Source: Jonathan Pollard to be Released » 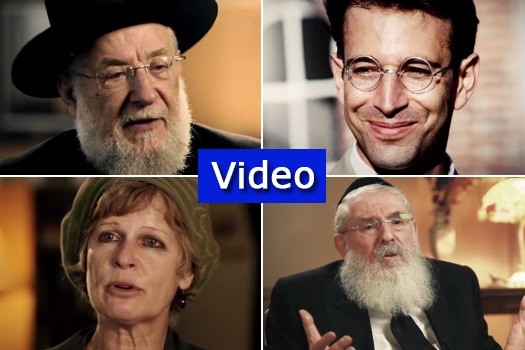 This Tisha B’Av, over 400 Chabad Houses worldwide will be screening JLI’s new documentary, With My Whole Broken Heart, produced by The Rohr Jewish Learning Institute (JLI); written and directed by the noted Michael Kigel, producer of the popular Messages TV series, and produced by Yisroel Silman.

In the summer of 2001, two Jewish teenagers were hiking near their homes in the West Bank when they were stoned to death by Palestinian terrorists. A few months later, Daniel Pearl, a reporter for the Wall Street Journal, was kidnapped and murdered in Karachi, Pakistan; his last words: “My father’s Jewish, my mother’s Jewish, I’m Jewish.”

With My Whole Broken Heart is a professionally-produced and emotionally-gripping 45-minute film featuring heart-wrenching stories of valiant parents whose children’s lives were claimed by terror and their inspiring responses to their horrific experiences. The documentary also follows the lives of two of the youngest survivors of Auschwitz and Buchenwald who emerged from the darkness and transformed the Jewish landscape.

For more information on viewing times and locations, contact your local Chabad House. Click here to bring this program to your community.

« Picture of the Day: Work Begins on Oholei Torah Gym
Source: Jonathan Pollard to be Released »