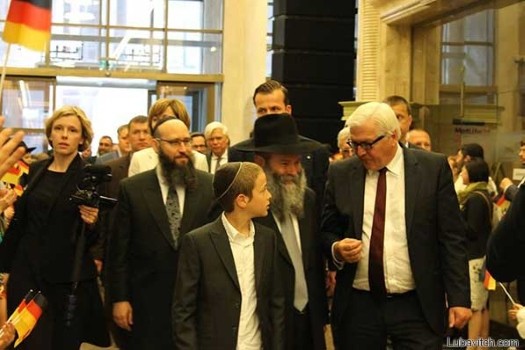 The German Minister met hundreds of community members who were in the synagogue for Shabbat prayers. In a subsequent closed-door meeting, he discussed the escalation of war in Ukraine with Chabad representatives.

A statement released by the center said that the details of the meeting were confidential, but that it was “successful.”

“The Jewish community of Dnepropetrovsk has become a symbol of democracy and a sign of why Ukraine needs the help and support of the entire free world to continue with the democratic process.”