« Collision Causes Car to Careen onto Sidewalk
Picture of the Day: Teens Inspired by Survivor » 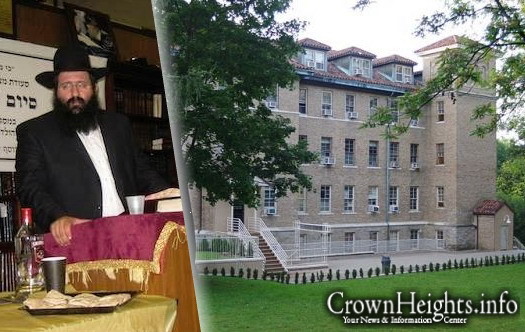 Rabbi Moshe Herson, Dean of the Rabbinical College of America, has announced that Rabbi Leima Wilhelm will start serving this coming Elul as one of the principal Roshei Yeshivah and Mashpiim of the Morristown Yeshivah. CrownHeights.info reported last month that Rabbi Wilhelm had been fired from his previous position at the Lubavitcher Yeshiva in Detroit.

Rabbi Wilhelm had previously led the Chabad Yeshiva in Rostov-on-Don, Russia, for many years, before it was shut down by local authorities.

In Morristown, Rabbi Wilhelm will deliver Shiurim in both Niglah and Chassidus. “We are very happy to have him in our midst,” said Rabbi Herson.  Rabbi Wilhelm stated that he “looks forward to a successful tenure in one of the Rebbe’s principal mosdos.”

Rabbi Wilhelm will report directly to Rabbi Chaim Schapiro, recently appointed to the position of Menahel Ruchni of the entire Tomchei Temimim.  He will retain his current position as Menahel of the Smicha class as well.  It is planned that Rabbi Aharon Gancz will be transferred from Tomchei Temimim to the Smicha class, in order to assist Rabbi Schapiro in his increased responsibilities.  Additionally, he will continue to give Halacha shiurim to selected students of the Yeshiva.  Rabbi Avrohom Levin will continue his successful role in the prestigious smicha program.

Rabbi Elimelech Zwiebel, head Mashpia of the Yeshiva, and Rabbi Mendy Herson, Shliach to Somerset and Hunterdon counties, have pledged to assume a greater role in the day-to-day management of the institution to ensure its continued success.

“The Chinuch of our children must be the priority of the entire Chabad community, especially after Gimmel Tammuz.  Parents, students, administration and faculty must constantly work together in the vigil of our children, the future of Klal Yisroel,” said Rabbi Herson. “Concerned parents must become more involved,” he said.

Interested parents and students may turn to the Yeshiva’s new website, http://www.rca.edu, for applications to Tomchei Temimim as well as to the Smicha Class. Rabbi Schapiro and the Hanhola will review each application and respond as soon as possible.

« Collision Causes Car to Careen onto Sidewalk
Picture of the Day: Teens Inspired by Survivor »