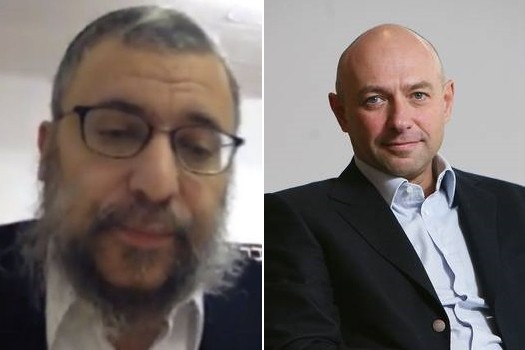 A London-based Russian oligarch who was sued by his own rabbi over two major London property deals has settled the case out of court.

Billionaire Gennady Bogolyubov — who is also being sued by Viktor Pinchuk in the biggest High Court damages claim — was alleged to have reneged on a joint venture with Chabad-Lubavitch Rabbi Yonah Pruss to invest in London properties.

The rabbi claimed that he acted as a middle man in Britain for the oligarch when Bogolyubov, a Ukrainian, moved his family to London, and had helped them to settle into their new life in a vast mansion in Belgrave Square, a report in the Evening Standard said.

Rabbi Pruss also started a business here with Bogolyubov in which he would scout for properties the billionaire would invest in.

According to a report in the Jewish Chronicle, Rabbi Pruss, who had once run a Lubavitch support group for Soviet Jewry, had been recommended to him by a leading rabbi in Ukraine.

Rabbi Pruss allegedly received £10,000 a month for running the foundation from May 2008 to July 2011, according to Bogolyubov’s defence papers. Among other things, Rabbi Pruss’s duties included arranging “educational facilities for Bogolubov’s children” and “recommending kosher food suppliers”.