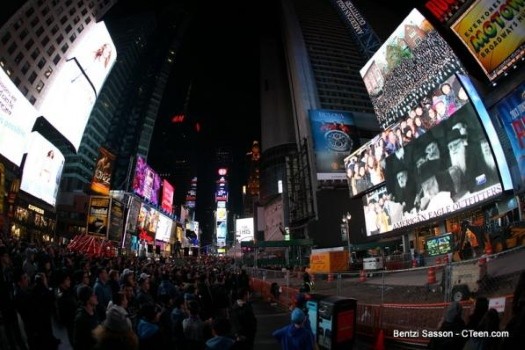 A record number of 1500 Jewish teens from 10 countries will be hosted at a Shabbaton weekend Feb 27-March 1, at the Cteen International Convention in Brooklyn, NY.

Representing Brazil, Hong Kong, France, England, Australia, Israel, Canada, Germany, Singapore and the US, the teens will be celebrated for their work promoting Jewish values in their communities through their local CTeen chapters.

UN Secretary General Ban Ki-moon will address the teens via video on Sunday, at the CTeen banquet dinner. He is expected to offer a particular message of solidarity to the 110 Jewish teen delegates from France.

“These are challenging times for Jewish teenagers living in France and other European countries, a concern for anyone who appreciates their role in our future,” said Rabbi Mendy Kotlarsky, Vice Chairman of CTeen International.