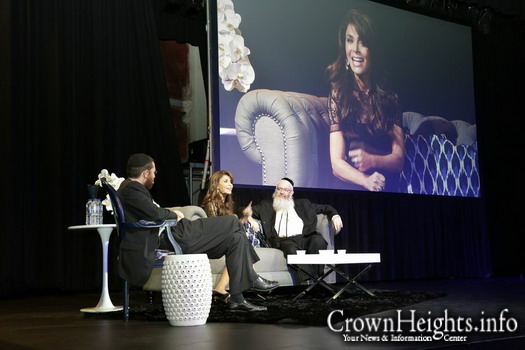 Brought down to Australia by Shliach Rabbi Aron Moss, Paula and her rabbi raised thousands of dollars towards the building campaign for the Nefesh Center, the fastest growing synagogue in Sydney, Australia.

The first event was at the Moriah College auditorium, where 600 locals listened to a wonderful conversation between Rabbi Moss and his special guests.

After the huge success at Moriah, a private upscale party was arranged for the local donors and community leaders, where Paula Abdul and Rabbi Mentz pitched the importance of raising funds for the expansion of the center.