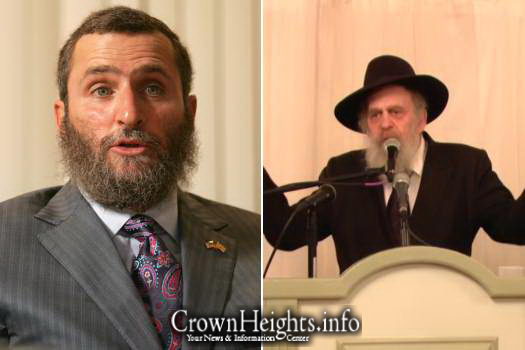 Rabbi Yossy Goldman, a Chabad Shliach and the spiritual leader of the Sydenham Shul, South Africa’s largest congregation, has invited Rabbi Shmuley Boteach to give a lecture at his synagogue. The lecture, set to take place this Sunday, will be based on Boteach’s controversial book on intimacy between a man and his wife.

In response to this, Rabbi Ezra Schochet of Los Angeles, popularly known at The Rosh, released a statement condemning the Shliach’s invitation and stipulating that it is prohibited for any orthodox Jew to hear a lecture by Rabbi Boteach, and certainly prohibited for a Shliach to promote him, as his views are antithetical to Halacha.

The following is the text of Rabbi Schochet’s Letter:

“It is totally prohibited and unacceptable for orthodox Jews to hear someone like S. Boteach speak, since his views on many issues are against Torah and Halacha. For any orthodox Jew to promote his lecture is a chilul hashem and chillul hatorah vehalacha.”

“For a Lubavitcher chosid and especially a shaliach who represents the Rebbe and his views to stand behind or promote his lecture is not only a chilul hashem but an active war against the Rebbe and everything the Rebbe promoted and stood for.”

Due to the difference in time zones, we were unable to reach Rabbi Goldman before Shabbos began in South Africa to get his response. We will update this article if and when it becomes available.