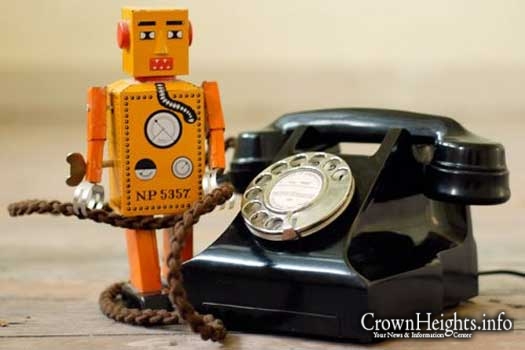 Purim Satire: In a surprising move, The Association of Lubavitch Mosdos has agreed to stop deceiving Crown Heights residents by having their robo-telemarketing calls appear on people’s caller ID as calls from random cities such as Cheyenne, WY, and Ogden, UT.

What appears to be a call from out of state, usually turns out to be a loud announcement from a local Crown Heights mosad, leaving many residents confused each time their phone rings.

The decision follows a protest by out-of-state resident who claim that their Crown Heights friends and relatives have stopped answering their calls, assuming it is simply a telemarketing call or an announcement.