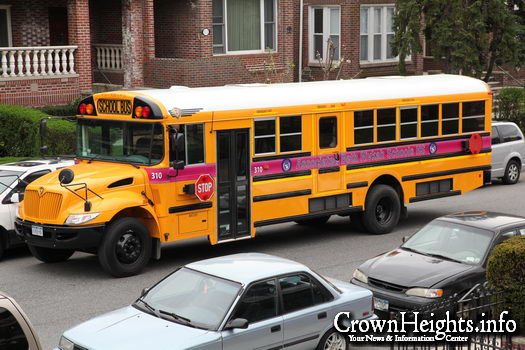 Purim Satire: Following the recent bus drivers’ strike, the drivers of Crown Heights’s boys and girls schools have decided to strike as well. The strike is set to begin the day after Purim and can go on indefinitely, according to a spokesman for the bus drivers.

When asked about the goal of the strike, the spokesman said that although they have no grievances, they were inspired by the overwhelming success of the bus drivers union’s strike.

While many parents are panicked about the lack of bus service, an anonymous inside source tell CH.info that the strike is likely to be over by Tuesday morning.

“As a result of the strike”, one distraught parent tells CH.info, “it looks like all of the children will be home all day Monday.”