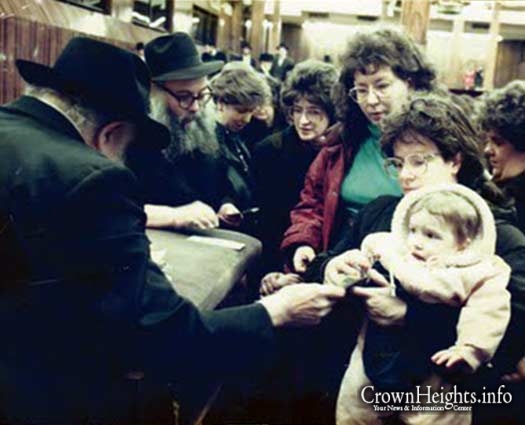 Mrs. Pesha Leah Lapine (holding her child) receiving a dollar from the Rebbe.

21 years ago Mrs. Pesha Leah Lapine was murdered al kiddush hashem, the Rebbe took it very personally and attended her Levaya. Later the Rebbe gave over a Sicha which was seemingly more addressed to g-d rather then the people in the room.

The Rebbe said in an address after the tragic murder of wife and mother, Mrs. Pesha Leah Lapine: