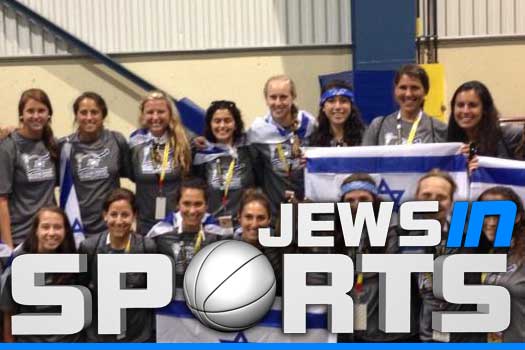 As the International Maccabiah Games are well underway in Israel, there is one Holy Land team that participated in its own version of the Olympics far from home, and performed on a level every Jew should be proud of.

The event caused for terms of conflict to arise between their schedule and belief.

If the team made it past historically good Canada in its next match (Canada handily defeated the Blue & White, 17-5), and gone on to beat the winner of the Australia-Scotland game (both being heavyweights in the sport), it would likely set up a showdown with the United States for the final to be held on Saturday morning.

However, that potential conflict was put to rest before the opening whistle could be blown on the Canada match: If the Israelis would make it to the final, they would forfeit and not play. The Israelis informed the Federation of International Lacrosse that it will not play on Saturday, the Sabbath, as it would go against all the Jews stand for and believe in.

“Its part of our national identity,” explained team captain Katie Mazer. “We are playing for Israel.”

The FIL already explained that it cannot make a scheduling change for Israel had its team reached the final round and caused a scheduling conflict with their conscience.

“Israel told FIL that they respect and understand the FIL event bylaws as well as the FIL board’s decision, and thus are prepared to forfeit the Saturday game,” explains federation president Stan Cockerton in an email. “We appreciate their understanding.

“Furthermore,” notes Cockerton, “the host committee that works separately but closely with FIL is willing to provide a venue for them to play an exhibition match on Friday the 19th. As such, Israel is free to co-ordinate a game with any opponent they please.”

Although the FIL did accommodate Israel for an early-round Saturday match to be re-scheduled, it cited insurance costs and ticket sales, among other things, as the reasons for not moving on their final game decision.

Although the Israelis lost to Canada, as well as Scotland in an overtime thriller, 9-7, Friday morning, the Holy Land squad remained true to their belief by refusing to play its final game – for final seeding purposes – Saturday morning against Haudenosaunee, accepting a forfeit for the number seven seed.

Nobody really expected the Israelis to go as far as it did in the tournament, especially considering there was no Israel team the last time the Women’s Lacrosse World Cup was played.

The team is comprised mostly of U.S.-born collegiate players who have formed a bond and mental toughness that has shown up time and again on the field, in evidence of their victories and close games throughout the tournament.

“We are extremely grateful to the Haudenosaunee Nation, the FIL, and the host committee in Oshawa for their respect and understanding of our decision to forfeit our final match,” said Israel Lacrosse Association Execuative Director Scott Neiss.

“While we hoped for a different final result, our team and staff have been overwhelmed by the encouragement and affection we received this week from our supporters in Israel and the Diaspora.”