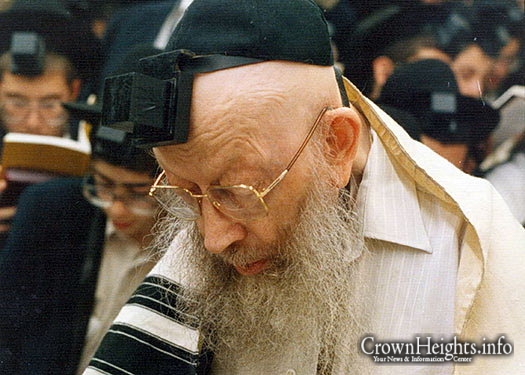 31st Yartzeit of Dr. A Seligson OBM: The Rebbe’s Physician

Chof Hey Shvat marks the 31st Yahrtzeit of Dr. Avrohom Abba Seligson, who was known as the Rebbes physician. Dr. Seligson was born in Krakow, Poland and is a fourth generation decedent of the Alter Rebbe. In honor of his Yohrtzeit we are publishing a brief biography along with a collection of precious stories about him and the Rebbe.

Dr. Avrohom Abba Seligson was born in Krakow, Poland in 1907. His father, Reb Michoel Aharon, was a fourth generation descendant of the Alter Rebbe, and his mother, Chaya Rochel, stemmed from a lineage of illustrious rabbis. Rabbi Michoel was the only Lubavitcher Chossid in Krakow at that time, and his home served as a center for shiurim in Chassidus and chassidishe farbrengens.

Following in the footsteps of his maternal uncles, the young Reb Avrohom studied medicine at universities in Vilna and Strasberg. After graduating he became a physician specializing in internal medicine. In the course of his pioneering research with endocrine glands, Dr. Seligson corresponded regularly with Professor Harvey Cushing, the Sterling Professor of Neurology at the School of Medicine at Yale University and a leading neurologist at the time, who took a keen interest in Dr. Seligson’s findings.

When WWII broke out, Dr. Seligson received a visa issued by Chiune Sugihara and was able to escape Poland through Vilna and Vladivostok, ultimately arriving in Kobe, Japan. There he met up with other Jewish refugees, including Lubavitcher Chassidim, from across Eastern Europe. After six months, having applied for visas to the United States and being rejected by the US government, the Japanese authorities sent the refugees to Shanghai, China. For the duration of WWII, Dr. Seligson served as a physician to the refugees in the Shanghai ghetto. Under harsh conditions, where typhus and other diseases were rampant, Dr. Seligson saved countless lives.

After WWII, the Previous Rebbe sent a telegram to Rabbi Meir Ashkenazi in Shanghai, requesting that Dr. Seligson be included in all endeavors related to the issuance of visas for the Tmimim to enter the U.S. In 1947, Dr. Seligson arrived in the U.S. where he established himself as a physician. For over forty years, he served as the Lubavitcher Rebbe’s personal physician, as well as the members of the Rebbe’s household. He was also the Crown Heights community physician. Dr. Seligson wrote many commentaries in the margins of his Chumash, Tanya and the Talmud respectively, as well as on additional Torah matters. His works on medicine were published in various medical journals. The Rebbe asked Dr. Seligson for the Tanya with his commentaries. Today it is in the Rebbe’s Library.

Over the years, many stories were told by families of their experiences with Dr. Seligson, whom they were instructed to visit by the Rebbe. There were many miracles that were channeled by the Rebbe through Dr. Seligson.

One such event occurred on a Shmini Atzeres morning in the late 1950’s, when a chossid fell ill with a high fever and a kidney stone that was not passing through. He sent his daughter to the Rebbe’s house to ask for advice and a Brocho. The Rebbetzin answered the door and relayed the message to the Rebbe, who advised that the family contact Dr. Seligson.

The Rebbe response was, “Then let it be as they chose”.  When the daughter came home, the father wanted to know the Rebbe’s exact words. After the father heard the Rebbe’s instructions, he immediately asked for Dr. Seligson to visit him.

Dr. Seligson saw the father. Since it was Shabbos and Yom Tov, he suggested that it would be advisable to wait until after Shabbos and they would take it from there. After Shabbos, the kidney stone passed by itself.

In the evening, the Rebbe would traditionally farbreng before hakofos. Dr. Seligson, came to 770 for the Farbrengen after visiting patients. When the Rebbe saw Dr. Seligson, and that he was not able to reach the Rebbe, the Rebbe stood up from his place, turned to Dr. Seligson and gave him from his own wine and a piece of cake as well, saying, “When the Kohanim eat [of the sacrifice] the owner of the offering is forgiven, in the same way, you should eat the cake and the one who is sick will recover”. The Rebbe continued, “Know that you are a great doctor. If other doctors do not agree with me [my directive in curing the patient], you should side with me and I will have a medical authority [that sides with me]”. Indeed, in the following decades, the Rebbe referred patients with extremely serious illnesses to Dr. Seligson. In the early 1970’s Rabbi Berel Baumgarten OBM, the Rebbe’s first shliach to Argentina was diagnosed with a life threatening illness. He came to the United States and was advised by the Rebbe to visit Dr. Seligson. Dr. Seligson referred Rabbi Baumgarten to the top physicians in this field for further testing. He then returned to Dr. Seligson with a large folder of x-rays and medical records.

A person was once advised by the Rebbe to visit Dr. Seligson. The person expressed doubt by asking, “Should I not go to an expert in this specific field?” The Rebbe responded, “Do not interfere between me and Dr. Seligson”.

The Rebbe, speaking of Dr. Seligson to a chossid he had advised to consult him. “Torah teaches us that a physician was given the permission to cure. A Jew who has committed his natural soul to medicine and his G-dly soul to the Shulchan Aruch, what could be better than that?!”