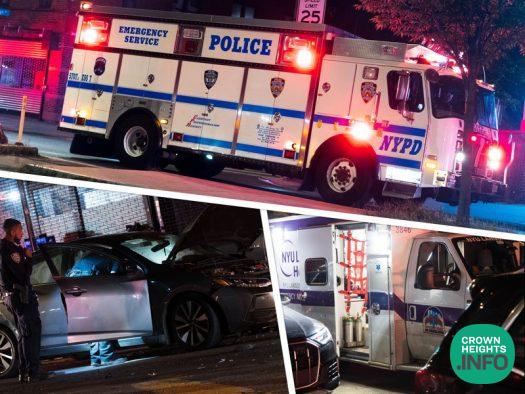 Two cars were involved in a crash Sunday morning, leaving material damage but thankfully not leaving any serious injuries.

The crash, involving a minivan and four door sedan, took place near the corner of Empire Blvd and Brooklyn Ave just minutes before 6:00am Sunday morning.

The cause of the crash was not immediately known, but one of the vehicles was left facing the wrong way and up against a parked car.

911 responded to the incident.

Update: Further reporting has discovered that the incident had taken place when the Sedan struck the rear of the vehicle parked in the median, spinning it around and hitting the second vehicle.