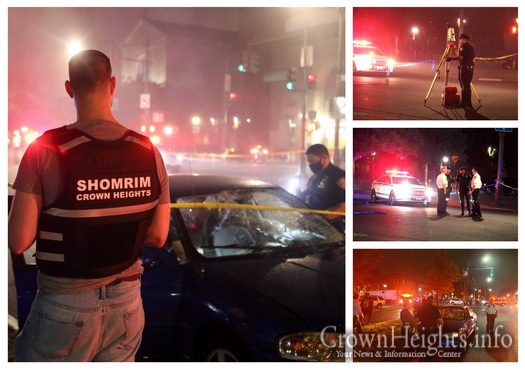 A man was fighting for his life Thursday night after being struck by a car while running across Eastern Parkway.

The incident occurred around 11:00pm Thursday night near the intersection of Eastern Parkway and Utica Ave.

A local resident was driving eastbound on Eastern Parkway when a man ran across the street, directly in front of the oncoming vehicle.

The driver of the car told the police that he did not see the man, and immediately called 911 and Crown Heights Shomrim after pulling over.

Witnesses stated that the man was thrown into the cars windshield, after which he fell to the street where he received a second impact.

The man was considered to be in life threatening condition, and according to one report was rushed by EMS to Kingsbrook Jewish Hospital in cardiac arrest.

A crime scene was established due to the seriousness of the incident, but no criminality was suspected. 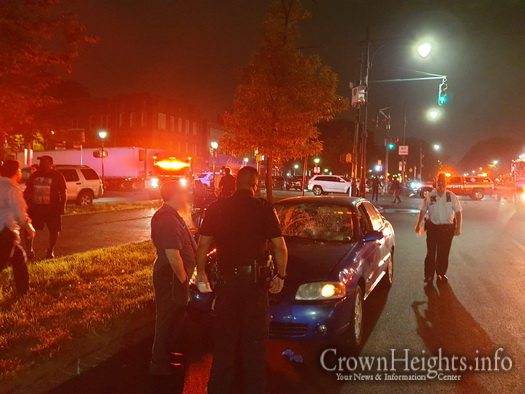 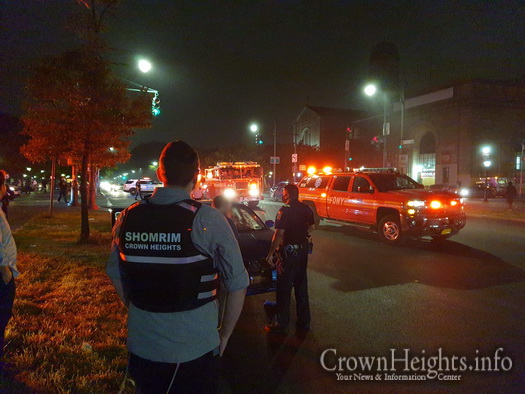 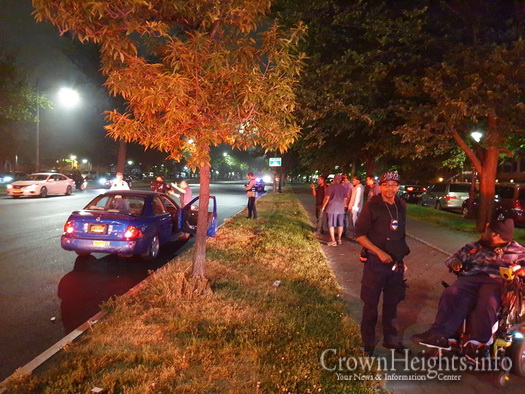 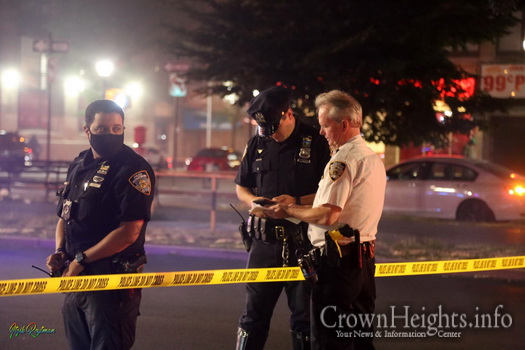 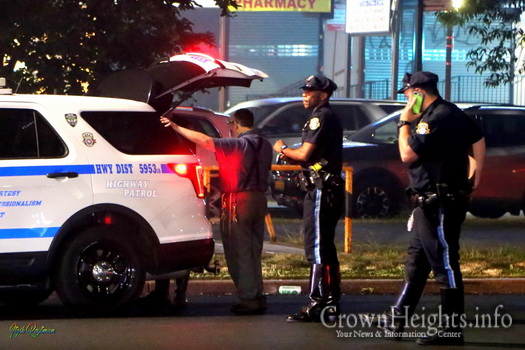 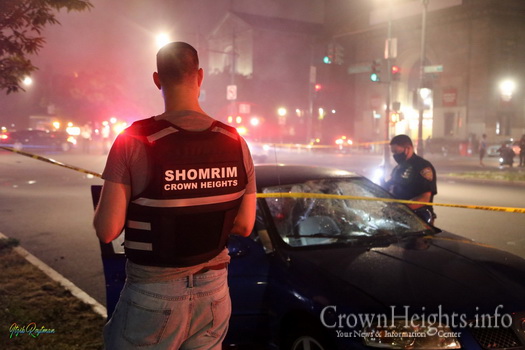 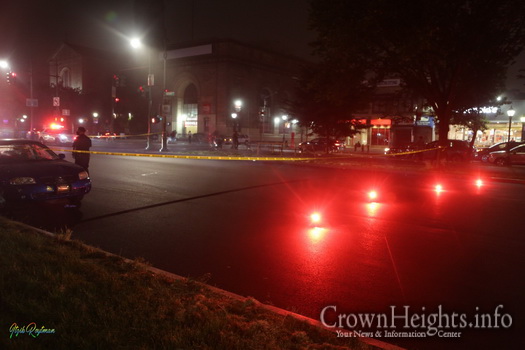 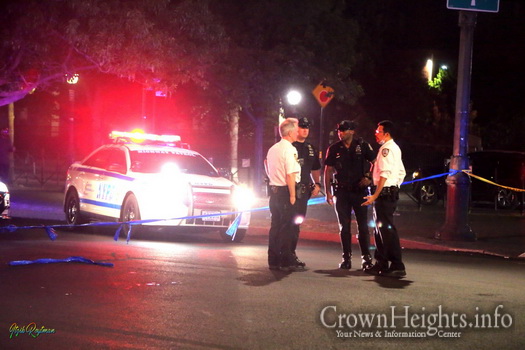 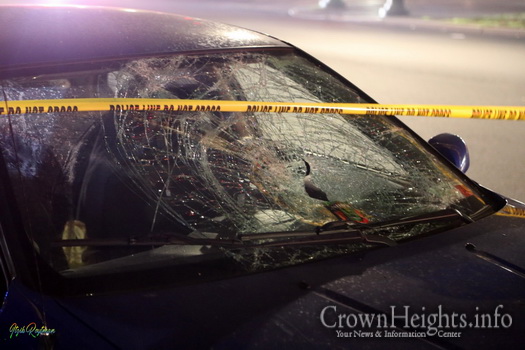 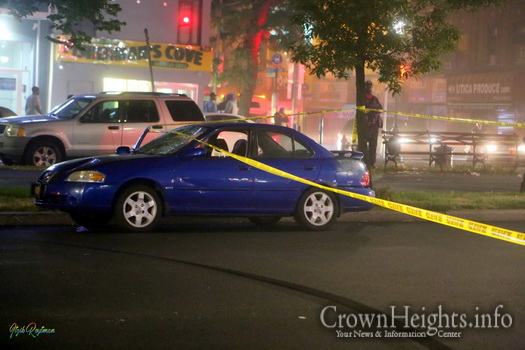 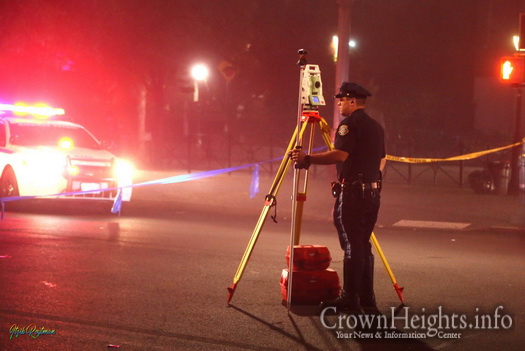 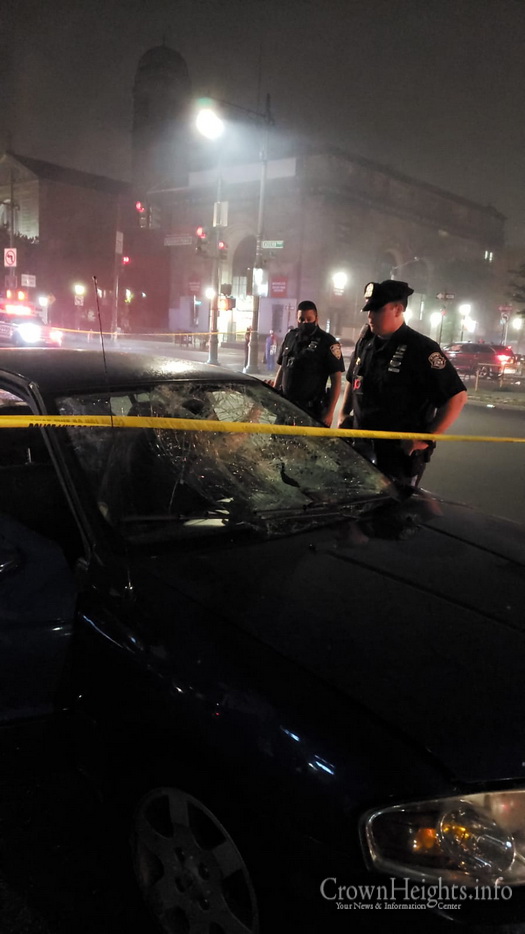 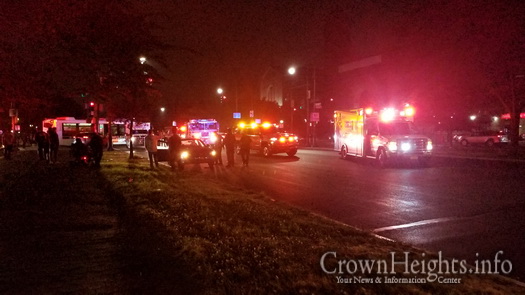 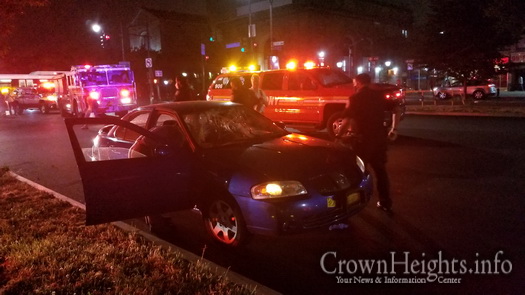 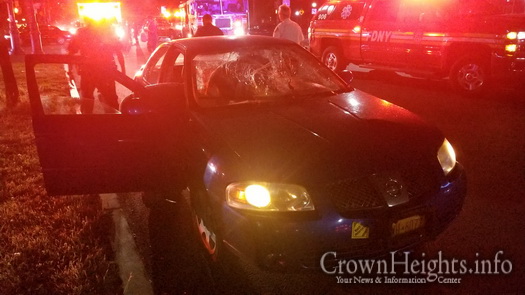 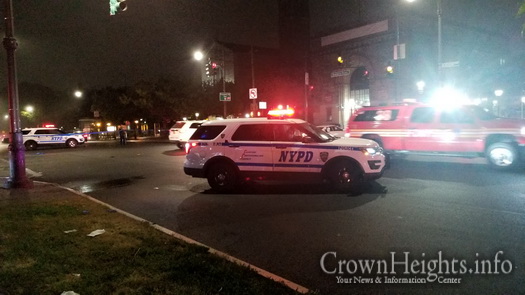