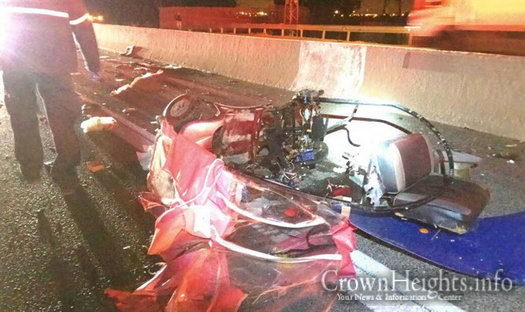 A 70-year-old man was killed early this morning when a vehicle collided with the scooter he was driving near Kfar Chabad in central Israel. The victim was a regular at the ‘770’ in Kfar Chabad, though he was not a member of the community.

Moshe Shoham Gelbshtein, a Hatzalah member who responded to the scene, described it to Arutz Sheva: “On the left side of the road near the scooter – which was completely ripped apart – lay a 70-year-old man who was unconscious with widespread wounds, he was without pulse and was not breathing.”

“We undertook a number of medical checks to try and give him medical treatment, but the injuries were severe and, shortly thereafter we were forced to confirm his death,” Gelbshtein said.