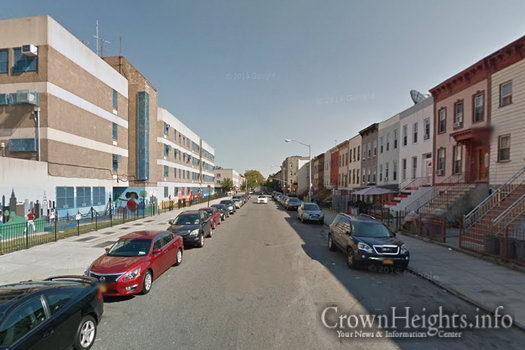 Location of the accident

A car driven by a Jewish member of the Crown Heights community struck a 15-year-old African-American teenager on Thursday, critically injuring him.

The boy was returning home from summer classes when he dashed into the street between two parked cars in front of the school on Sterling Place near the corner of Troy Ave.

The driver of the vehicle remained at the scene and called for emergency help. He was not charged with a crime, though detectives are investigating how fast he was going to see if criminal charges are warranted.

The boy was taken to the Kings County Hospital in critical condition, where he underwent emergency surgery. He is expected to survive.