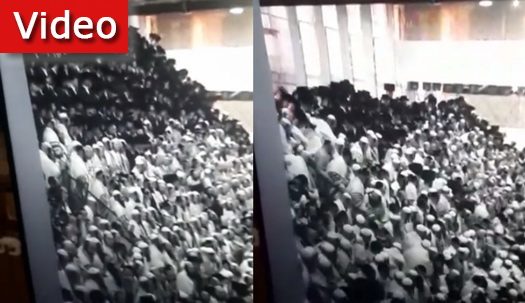 A tragedy unfolded in the brand new Stolin Shul in Givat Zev just minutes before yom tov as an entire section of bleachers collapsed, sending tens of people tumbling to the floor.

According to emergency responders over 50 people were rushed to the hospital by ambulance and helicopter, while reports indicate that there were as many as two fatalities.

While speculation on the bleacher collapse names those that constructed it as being responsible, no official word has yet been published.

The shul, which was celebrating its inauguration, was being used for the first time and had as many as 600 people present.