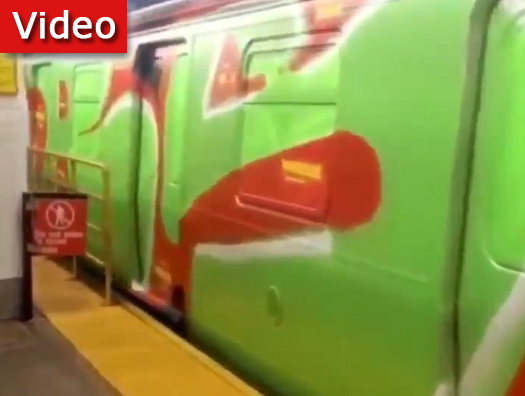 A video released Monday night shows an F train pulling into a station this week, with car after car covered completely in graffiti.

The video was tweeted out by the Police Benevolent Association, which is accusing the city of bringing back “70s & 80s”-style crime.

The train was spotted while out of service at the Church Avenue station.

The 70s & 80s, now in living color on a subway platform near you. A true sign of decay, one that we worked so hard to eradicate decades ago. The taggers had plenty of time to cover this entire train, because they know there are no more consequences. #backtothefuture pic.twitter.com/7uWmg8YdzU