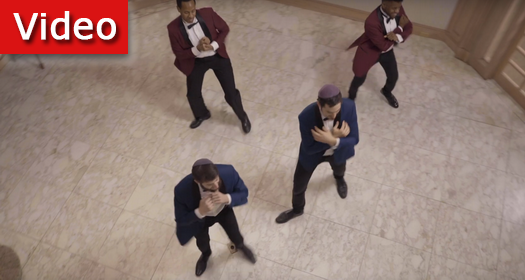 In their new music video “Blessings”, The Rogers Park Band imparts the teaching  of the Baal Shem Tov that Hashem is “sustained” from the praises of yidden. “V’ata Kadosh Yoshev Tehilos Yisroel”. ⁣⁣Our words have power, the blessings we give one another can help channel life and abundance.⁣