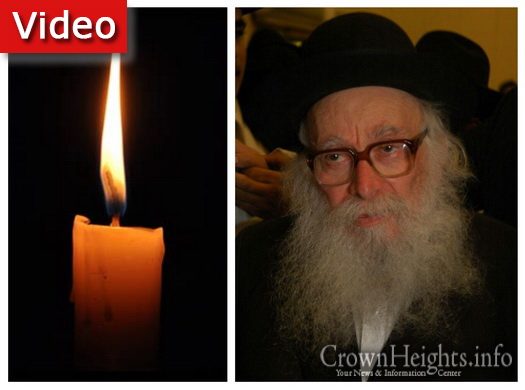 With great sadness we report the passing of Hagaon Rabbi Nissim Karelitz OBM.

Thousands of people are attending the funeral of the famed Rabbi of the Haredi-Lithuanian community who passed away at the age of 93.

The funeral procession left at 12:00 from Rabbi Akiva Street in Bnei Brak, heading toward the cemetery on Hazon Ish Street, where the Rabbi will be buried. Many streets were blocked to traffic in Bnei Brak, and large police forces are escorting the funeral.

Prime Minister Binyamin Netanyahu eulogized Rabbi Karelitz, saying that he “grieves over the passing of renowned Torah scholar Rabbi Shmaryahu Yosef Nissim Karelitz, one of the giants of Jewish law in our generation.”

“His unique personality and extraordinary expertise in Torah and Jewish law literature raised up tens of thousands of students who will continue his path out of an abiding commitment to the Jewish people and its heritage. May his soul be bound in the chain of life for all generations,” the Prime Minister added.