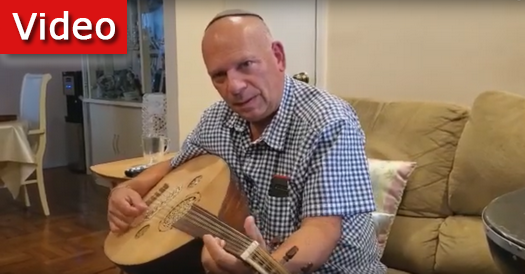 Rabbi Kalman Weinfeld of the OK Kashrus and Rabbi of Manhattan Beer, came across an Jewish man by the name of Avrohom Massry, with an unusual instrument called an oud while picking up a couch to help furnish a newlyweds apartment.

The couch had been found using a whatsapp chesed group among Brooklyn’s Jewish residents where people can post their furniture for others in need, some in nearly new condition.

On his trips around Brooklyn, gathering an entire apartments worth of funiture in his Uhaul, he came accross Avrohom Massry, and asked if he would play the instrument to the the tune of “Shabchi Yerushalayim.” Avrohom obliged.