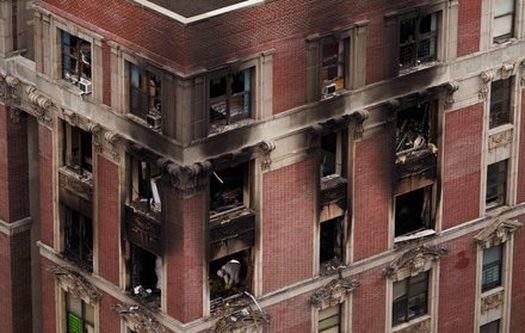 Six people, including four children, were killed Wednesday when an fire ravaged an apartment in a city-owned Harlem building overnight, fire and police officials said.

Firefighters, who were called at around 1:40 a.m., moved aggressively into the flames and thick smoke and found a man and a woman, as well as two girls and two boys ages 3 to 11, in bedrooms of the fifth-floor apartment, according to Fire Commissioner Daniel Nigro. The victims, all believed to be family members, were pronounced dead by emergency medical technicians.

CAUSE: Accidental, after a stove burner was left on in their 5th floor kitchen per FDNY source. @PIX11News @FDNY pic.twitter.com/WRVBPRytVd