« Here’s My Story: The Gift that Kept on Giving
Picture of the Day » 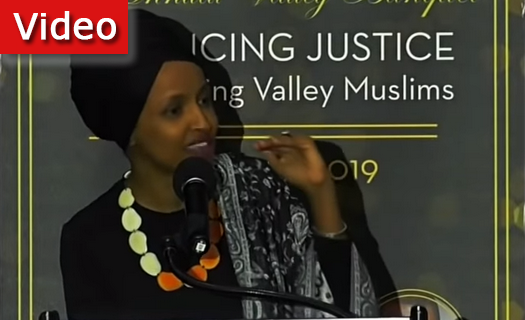 Congresswoman Ilhan Omar has again put herself into some political hot water after giving a speech at a Muslim Rights Group event. In the speech she said about 9/11 that “Some People Did Something,” refusing to name them terrorists.

Congresswoman Ilhan Omar, a representative from Minnesota, again found herself in political hot water after a part of a speech given at a Muslim Rights Group (CAIR) event surfaced on social media.

In the clip, Ilhan Omar can be seen speaking about the groups beginnings, saying “CAIR was founded after 9/11 because they recognized that some people did something, and that all of us were starting to lose access to our civil liberties.”

The comments drew condemnation from many as they can be understood that she does not consider the 9/11 hijackers as terrorists.

Ilhan Omar mentions 9/11 and does not consider it a terrorist attack on the USA by terrorists, instead she refers to it as “Some people did something”, then she goes on to justify the establishment of a terrorist organization (CAIR) on US soil. pic.twitter.com/ixP3BJfqxS

First Member of Congress to ever describe terrorists who killed thousands of Americans on 9/11 as “some people who did something”.

« Here’s My Story: The Gift that Kept on Giving
Picture of the Day »