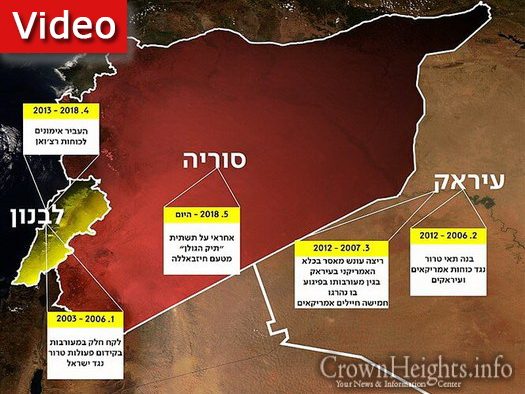 The IDF revealed for the first time on Wednesday that Hezbollah has begun an attempt to establish a secret resistance force on the Syrian Golan Heights.

Hezbollah, according to the information, has established a terrorist infrastructure called “the Golan file”, which constitutes the establishment of another front against Israel in the next war.

The infrastructure includes dozens of operatives and is headed by Abu Hussein Sajid, who joined Hezbollah in 1983 and served in a number of operational positions in southern Lebanon during the IDF presence in the area.

During his service, he was imprisoned by the American forces after he led the kidnapping and execution of five American soldiers. This past summer he was sent by the organization to Syria in order to establish Hezbollah’s new organization.

According to intelligence sources in Israel, the infrastructure was departmentalized so that even the Assad regime in Syria and many elements of the Shiite organization in Lebanon were unaware of its existence.

Today, the organization’s members concentrate on familiarizing themselves with the Golan Heights and gathering intelligence, in order to operate cells composed of Syrian operatives that would carry out attacks against Israel.