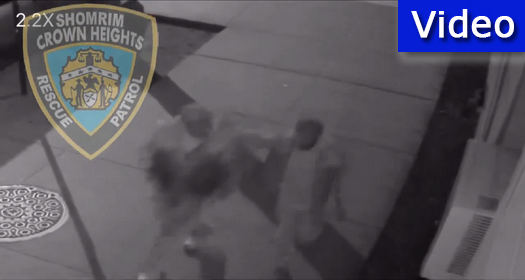 The alleged perpetrator was previously arrested in January for a spree of similar incidents. The man is being charged for aggravated harassment and endangering the welfare of a child.