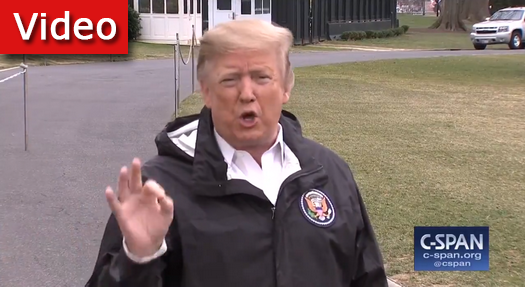 Watch as President Trump answers a reporters question on the vote in Congress on legislation against anti-Semitism. The President called it disgraceful, and named the democratic party the anti-Israel, and anti-Jewish party.

President Trump: “I thought yesterday’s vote by the House was disgraceful, because it’s become — the Democrats have become an anti-Israel party. They’ve become an anti-Jewish party. And I thought that vote was a disgrace and so does everybody else if you get an honest answer.” pic.twitter.com/TNmPRMwNJA